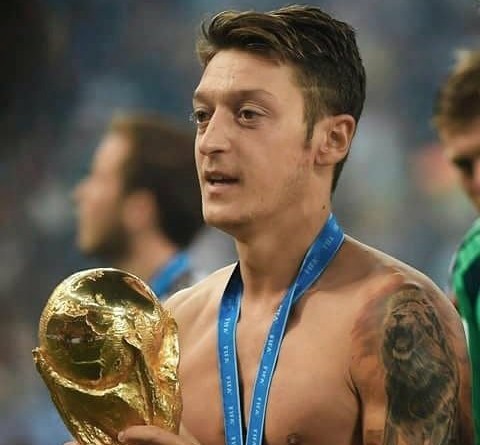 Mesut Ozil’s Germany got eliminated from the World Cup in the group stages after a poor display from the 2014 World Champions which has left them embarrassed.

France has today won the FIFA World Cup after they defeated Croatia 4-2 in a mouth-watering match which was very entertaining and German international Mesut Ozil has congratulated the French people on their triumph today in Russia.

Ozil took to Twitter to show support to France as he tweeted saying that;

Mesut Ozil has however faced strong criticism from Germany fans because of this World Cup because most of the Germany supporters believe that the midfielder was the cause of their elimination from the competition in its early stages.

Germany were the World Cup defending champions until today as France are now World Champions and will be eager to do the same in four years time in Qatar which is where the next World Cup will be held.

How Arsenal players faired on their international duties