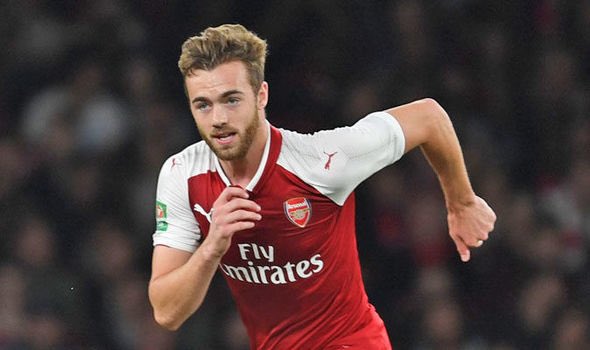 Arsenal has confirmed that Calum Chambers has signed a new long-term deal which sees the young Englishman extend his stay at the Emirates Stadium for some more good years.

The club announced this via their official website Arsenal.com and the player has surprisingly got his deal at the North London extended when no-one least expected because minding more about offering him a new contract wouldn’t have been hard unlike having negotiation with Aaron Ramsey whose deal at the Emirates Stadium ends next summer.

Calum Chambers signing a new deal means that Arsenal’s new boss Unai Emery has huge plans for the player even though it might be in the future since the player will have limited chances next season because the club has many options in the defence.

Unai Emery was also happy that Calum Chambers accepted a new deal and says that the Englishman will be part of his plans next season.

“I’m delighted Calum has extended his stay with us. He played an important role last season and will be part of my plans this season.” Unai Emery said.

Calum Chambers is a multipurpose player who can play various positions including playing as a defensive midfielder and a centre back but it’s un clear which position which Unai Emery will be using him in next season.