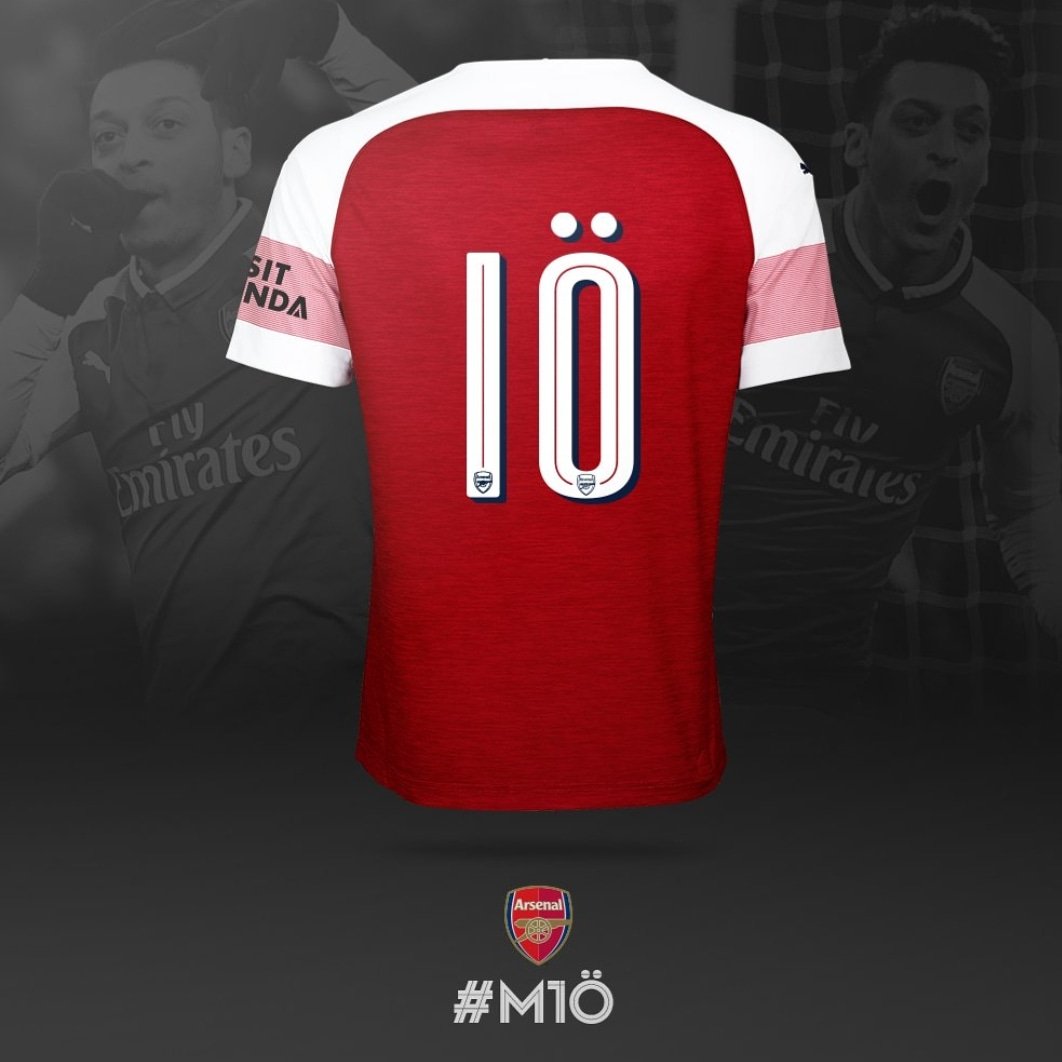 ( Mesut Ozil will be wearing the no.10 shirt next season )

Mesut Ozil will be wearing the shirt no. 10 shirt next season after Jack Wilshere who was the one wearing it left the club this summer transfer window.

The club has today announced that the German international takes up the shirt no.10 which had been vacant for three days now after Wilshere’s official departure, Ozil has been craving for this for many years starting from the time he came at the Emirates Stadium because he has always said that wearing it is so special to him since it’s the same he wears even in the Germany national team.

Arsenal supporters who had already bought the printed 2018/19 shirts which had the no.11 with Mesut Ozil will be given replacements so if you are among those, you should refer to Arsenal’s official website for more information.

Ozil was stunned with the news that he was finally given the jersey no. 10 and took to Twitter to show his excitement about this.

? – It’s more than just a number. Means a lot to me wearing it next season! Thanks, @arsenal ??〽 #YaGunnersYa #M1Ö pic.twitter.com/M7ZTtMdirb

“It’s more than just a number. Means a lot to me wearing it next season! Thanks.” wrote Ozil on Twitter.

Sokratis Papastathopoulos Reveals How He Feels About Joining Arsenal