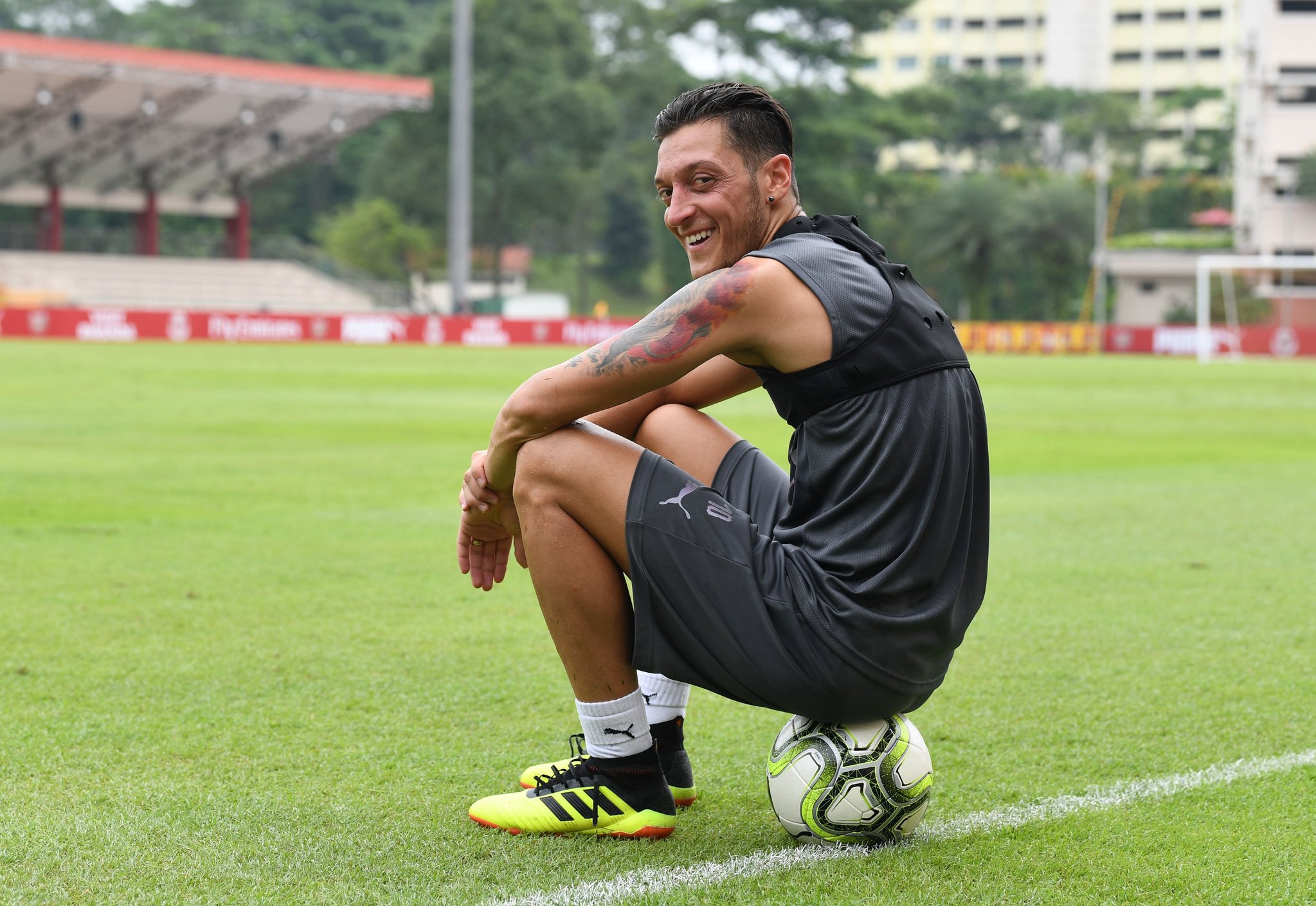 Arsenal’s new manager Unai Emery hasn’t appointed a captain for the upcoming season and even though everyone expects Laurent Koscielny to be the first captain but the coach will need someone to be the leader of the squad until the Frenchman returns.

There are rumours that Unai Emery might appoint Mesut Ozil as the captain of the gunners for the 2018/19 season and Arsenal’s goalkeeper Petr Cech who is also a contender to those who could be chosen as the captain and the Czech Republican international says that the player is a quality player who is capable of leading the Arsenal team.

“That’s a question for the manager, but obviously he’s one of the most experienced players and he’s a world champion.” Petr Cech told Arsenal’s official website.

“He’s played at international level, and he’s a key player for us so yes he’s one of the candidates.”

Some Arsenal fans on Twitter have however not been contended with the possibility of Mesut Ozil getting the captain’s arm band with most claiming n that he is a good player but not captain material because he is a very polite footballer who wouldn’t do well when he’s a leader in the squad.

Mkhitaryan Is Happy That Aubameyang And Sokratis Are At Arsenal