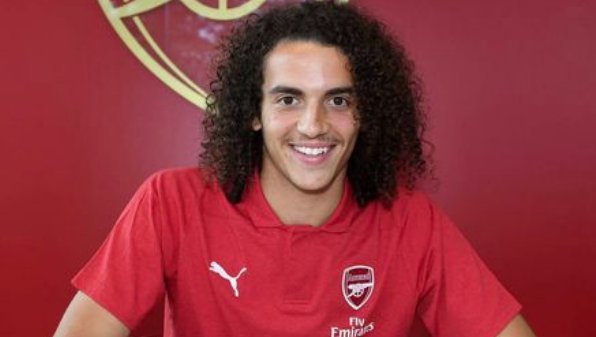 Arsenal completed the signing of Matteo Guendouzi from Lorient yesterday and the Frenchman took part in the training session right away after he signed a long-term deal with the North Londoners.

Emery has now signed a number of players and the youngster will likely be Arsenal’s last signing of the summer because the new manager was given a tight budget by the Arsenal board.

The midfielder was excited to come to the Emirates Stadium this summer as he was seen overjoyed while singing the Arsenal contract, here’s what he had to say about him coming to the Emirates.

He was interviewed by the Arsenal press.

How does it feel to join Arsenal?

“It’s something I’m immensely proud of. Arsenal have always been the team closest to my heart and a side I’ve wanted to join since I was a child.”

“It gives me great pride – it’s incredible.  I hope I can do great things here.  It doesn’t get any better than coming to a club like this, with so much history, like Arsenal. I’m hugely proud.”

What do you hope to achieve at Arsenal?

“My hope is to become a top player here at Arsenal. A lot of great players have played here. I want to become part of the club’s history and to achieve great things here. ”

“I want to win titles, titles, titles. I want to establish myself here, which would be amazing. Winning silverware, as I said, is very important to me and winning things here at Arsenal would be incredible.”

Related Topics:ArsenalMatteo Guendouzi
Up Next