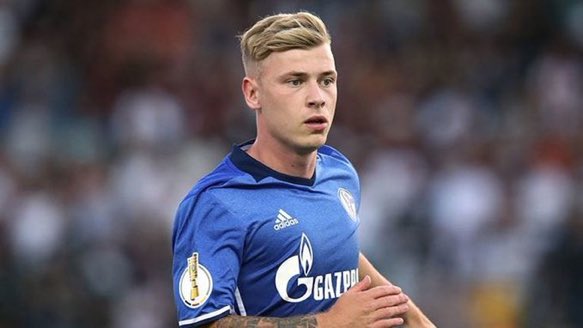 The gunners were linked with Max Meyer last month but the North Londoners reportedly ended their interest in the German international after the player demanded huge wages which scared off Arsenal.

Arsenal has already signed five players with two being midfielders but it’s now reported by the Mirror that the gunners are still interested in the attacking midfielder even though they had ended their interest in the past.

Max Meyer is currently a free agent after his departure from Schalke 04 this summer and the player has been linked with many other clubs other than Arsenal but they have all ended their interest in the player. Arsenal is willing to sign the player if he reduces on his wage demands of £4million-per-year.

Unai Emery has already stated that he might sign one more player if the right opportunity comes so the gunners might make a move for Max Meyer as he is free which is a big advantage to Arsenal because they have already reached the limit of their transfer budget.

Related Topics:ArsenalMax Meyer
Up Next