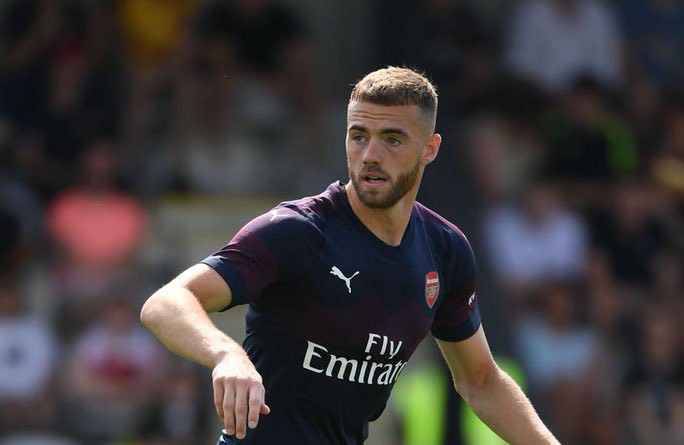 Calum Chambers will likely not be loaned this summer even though the gunners have a very big squad and it seems Unai Emery has a special interest in the player because the English international was given a long-term deal recently.

Chambers says that the new manager Unai Emery wants him to be playing in a new midfield role and he says that it’s a position which he played in when he was still young in the past.

The young English international played in the second half in Unai Emery’s first match against Boreham Wood and the player was played in the midfield which was a clear hint that the Spanish manager will be using him in the midfield, Calum Chambers was asked how he feels about playing in midfield and he said;

“It’s a new one for me! I played there a little bit growing up. It’s a position i feel like I can grow to enjoy and out there today I felt good, I just need to train and practice in games in that position to get comfortable.”

Calum Chambers was used in a number of positions in Arsene Wenger’s regime but it seems Unai Emery hopes to use the youngster in the midfield in the 2018/19 season.

Aubameyang Reveals What They Have Been Doing The Last Two Weeks