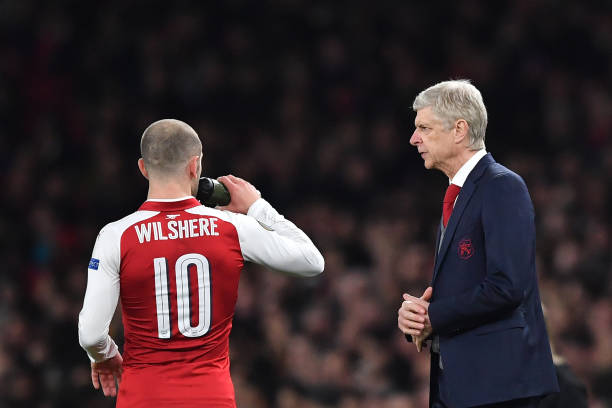 Jack Wilshere made his way out of Arsenal a few days ago after his contract at the Emirates Stadium expired and former gunners boss Arsene Wenger believes that the Englishman can be compared to LA liga star Lionel Messi and Kylian Mbappe.

Arsene Wenger also left Arsenal this year after he decided to cut his contract short after he was getting a lot of criticism from the gooners who wanted him to leave the club so he decided to resign at the end of the 2017/18 season.

Arsene Wenger says that the former Arsenal midfielder Jack is an exceptional player who is alike some of the best players in the world even though he was left out of England’s Squad to play in Russia for the World Cup.

“Jack Wilshere is a playmaker a guy who is bit of a Messi type. He makes me think about Mbappe because I played him at 17 years of age because he was an exceptional talent.” Arsene Wenger told beIN Sports.

The former Arsenal manager also said that the English international has faced alot of challenges in his footballing career because of big injuries.

Arsene Wenger gave Wilshere his first chance at the age of 17 and the player impressed winning over the hearts of Arsenal supporters but he left the club in a disappointing way after Unai Emery told him he can’t guarantee him enough playing time next season.

Phil Neville Slams Granit Xhaka On His Performance Against Switzerland

Mesut Ozil Reveals Why He Was Craving For The Shirt No.10