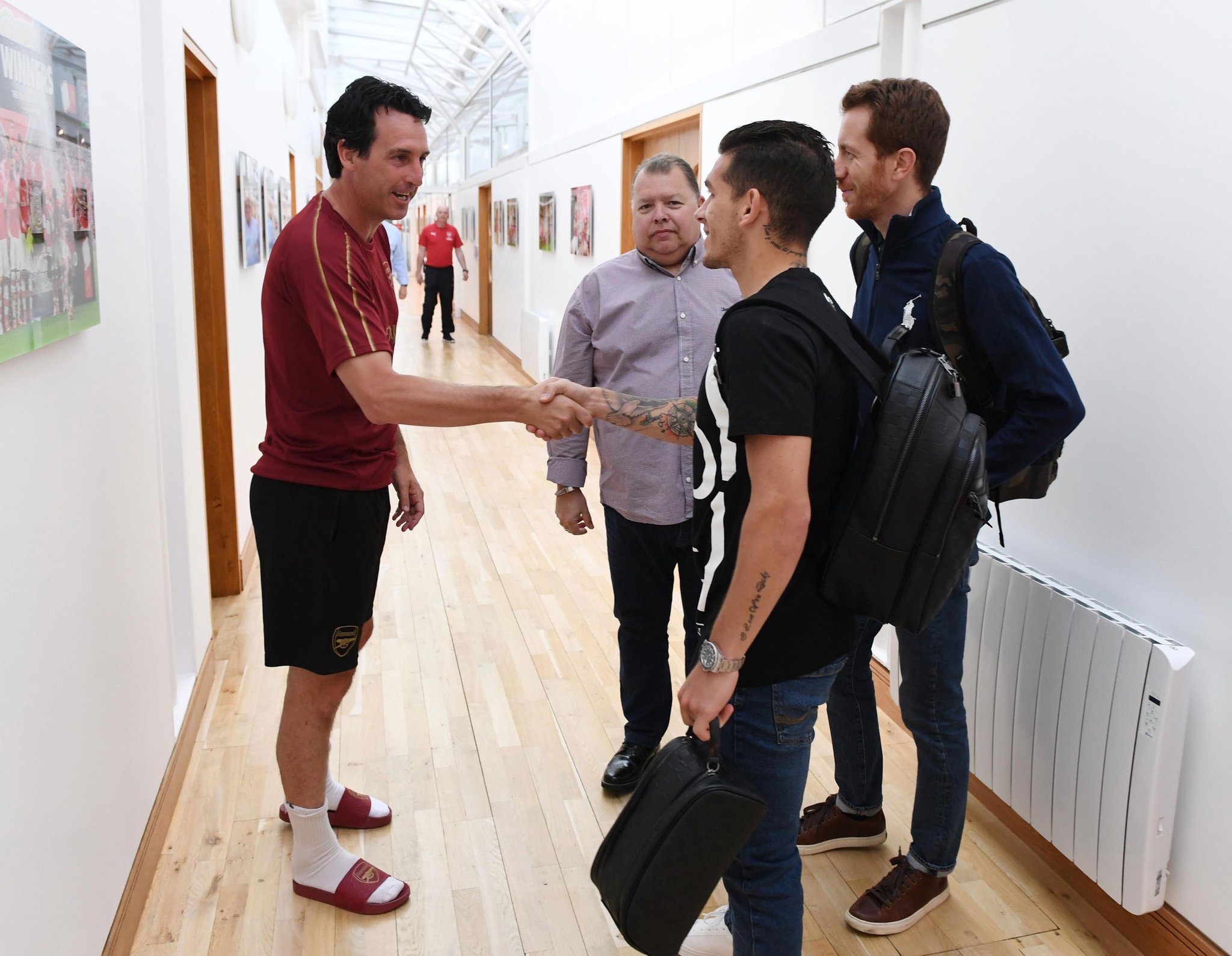 Arsenal completed the signing of Lucas Torreira from Sampdoria today and they announced it to the public, the Uruguay international becomes Unai Emery’s fourth signing of the summer after the signing of Stephan Lichtsteiner, Bernd Leno and Sokratis Papastathopoulos.

Unai Emery was unveiled as Arsenal’s new manager in May after Arsene Wenger left the club and the Spanish manager has already impressed the Arsenal supporters as he has been quick at bringing in new players.

Arsenal supporters have praised Unai Emery for bringing Lucas Torreira at the Emirates Stadium after they got a glimpse of the performance of the Uruguay international in the World Cup, the Arsenal boss also revealed his excitement on the arrival of the midfielder.

“In Lucas Torreira, we have signed a young player who is a very bright talent in the game. A midfielder with great quality, I have enjoyed watching his performances for Sampdoria in past two seasons.” Unai Emery told Arsenal.com.

“We all saw him do very well for Uruguay in the World Cup, he is a young player already with good experience but wants to keep on growing. We welcome Lucas to Arsenal and look forward to him joining us soon for pre-season.”

Unai Emery says that he is looking forward to see the Uruguay international in the pre-seaaon but that is surprising because everyone expected the midfielder to first have a one month break due to his participation in the 2018 World Cup.

Unai Emery has been Arsenal’s manager for just two months but he has covered about three positions which most football analysts outlined last season as the one that was causing the misfortunes of the North Londoners.