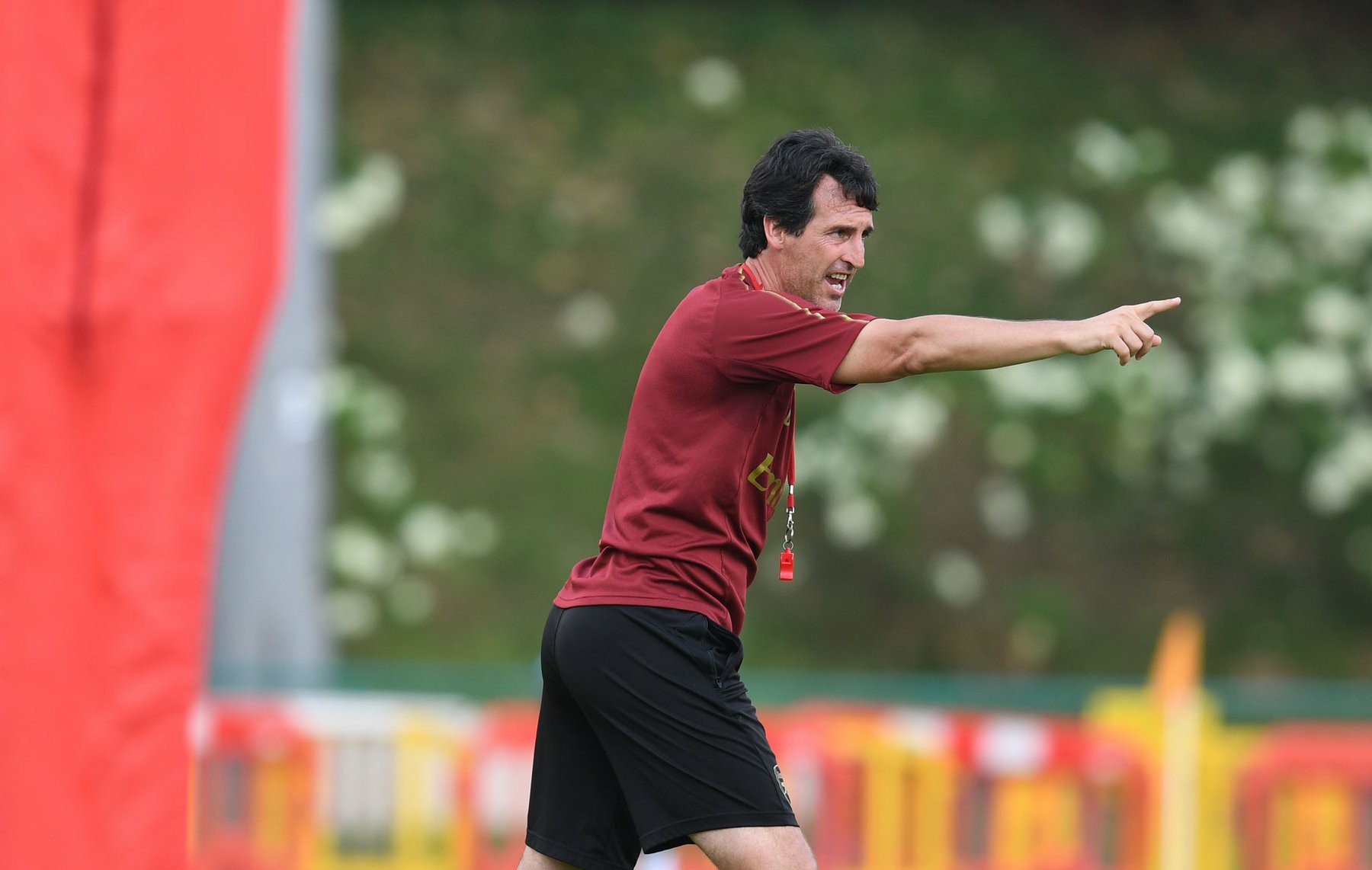 Arsenal manager Unai Emery is now with his squad on Singapore as they get ready for the Pre-Season trophy which will be starting this week and the manager will be hoping to win his first competition as gunners boss.

The new Arsenal manager was however put at a big task when the Football Association released the 2018/19 Premier League calendar fixture which saw the gunners get scheduled to face Manchester City in the first match of the season.

The gunners have for long been getting tough fixtures at the beginning of new seasons and it happened again as they will be facing the defending champions but what is different is that the North Londoners are under the management of a new manager. Unai Emery was asked how he feels about their first match against Manchester City and says that everyone is looking forward to the match.

“Everybody who is working at this club is working towards that game and we want to play a good game for everybody. It’s a great rivalry and to start at Emirates Stadium against Manchester City is the first important focus for us. ” Unai Emery told Arsenal’s official website.

“With all the energy of the players and the supporters, we know we can start the season with a big performance against a big team.”

Arsenal fans also can’t wait to see how their new manager will do against Manchester City because they believe that their first two matches in the Premier League will show what Unai Emery has so far changed in the squad in his first few months at the club.

Mesut Ozil Reveals How He Feels About Arsenal’s Singapore Tour