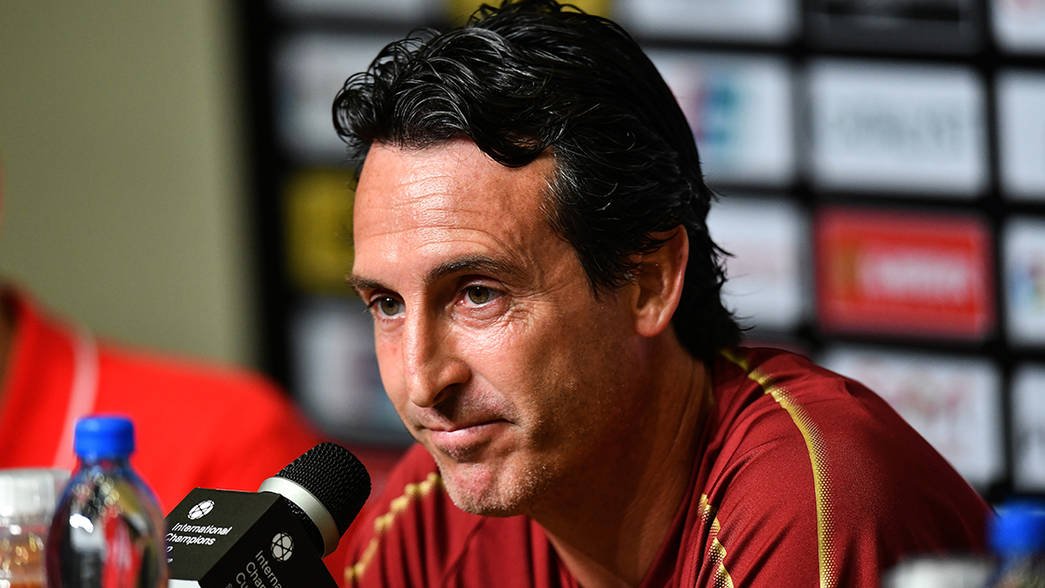 Arsenal appointed Unai Emery as the new gunners boss in May and one of the responsibilities of the Spanish manager will be to choose a new captain who will be the leader in the squad of the North Londoners in the 2018/19 season.

Per Mertesacker was the first captain of Arsenal last season but the German international retired from football at the end of the 2017/18 season and is currently a coach of the academy squad and Laurent Koscielny was his vice captain but the French defender is also injured until December.

Unai Emery today showed that Mesut Ozil is among the candidates to be chosen as captain after the Spanish manager decided to give the German international the captain’s armband when they faced off against Paris Saint Germain and the manager was then asked when he was going to choose a captain, he said;

“I am giving you and am giving the players this position but not close. Like I am telling you, one is Koscielny but he’s injured.” the manager told the reporters.

It seems Laurent Koscielny will already be among the five captains which Unai Emery said that he wants in his squad and he is still evaluating Petr Cech, Aaron Ramsey and Mesut Ozil on whether they will also be among the captains but he also confirms that he will still need more even if he also chooses those three above.

Unai Emery has not been in a hurry in choosing a new captain but their pre-season matches in Singapore have shown his options because Aaron Ramsey captained their match against Atletico Madrid and the manager also chose Mesut Ozil as captain as their captain in their match against Paris Saint Germain on Saturday which showed that the Spanish manager sees some leadership skills in both the two players.