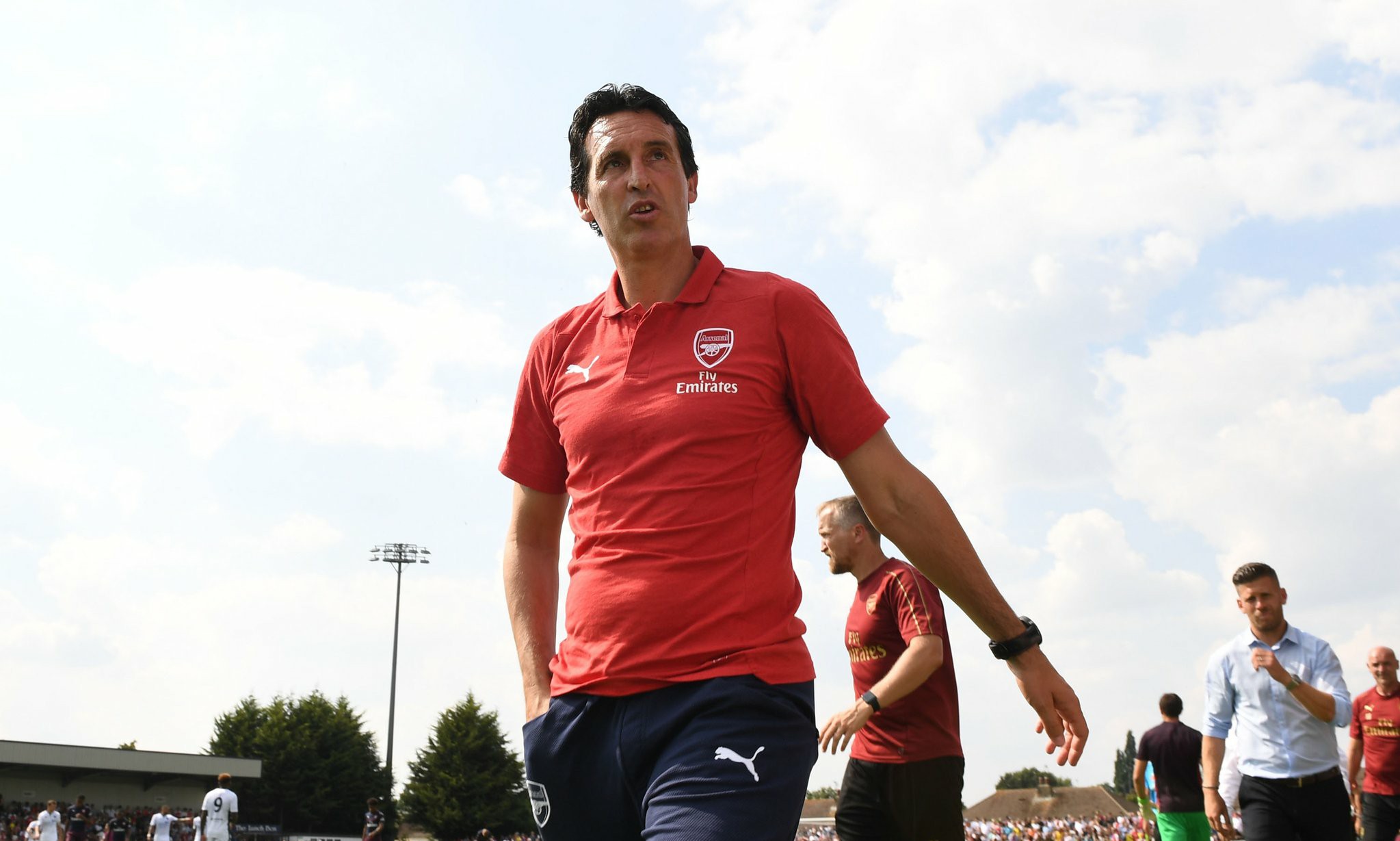 Unai Emery arrived at Arsenal in May after the North London club lost Arsene Wenger who decided to retire from his position as manager of the gunners yet he had finished many years at the club.

Unai Emery has been at the Emirates Stadium for just two months but he has already won the hearts of the Arsenal fans with first reason being that the new manager was very quick in bringing in new players at the club yet his predecessor used to wait until the deadline to do serious business.

Arsenal played its first match since Unai Emery became the man of the North London and they successfully defeated Boreham Wood eight nil thanks to a splendid performance from the gunners. Unai Emery has reportedly changed the training manual of the gunners because he has made some changes which makes the club do many more physical tests to keep them fit.

The manager confirmed this as he revealed what he plans to do to his squad ahead of the up coming season.

“My first objective here is to transmit energy to my team, to transmit intensity, to transmit good games for the fans and the media.” Said Unai Emery.

“It’s not better, it’s not worse, it’s a different moment for this club to start thinking we can all work together in one good way. ”

Unai Emery is revamping the Arsenal team because it was under the same management for 22 years which saw the club have the same policies but the Spanish manager is ready to transform the club and says that their success will include the supporters.

Aubameyang Reveals What They Have Been Doing The Last Two Weeks

Aubameyang Reacts To His Hatrick Against Boreham Wood