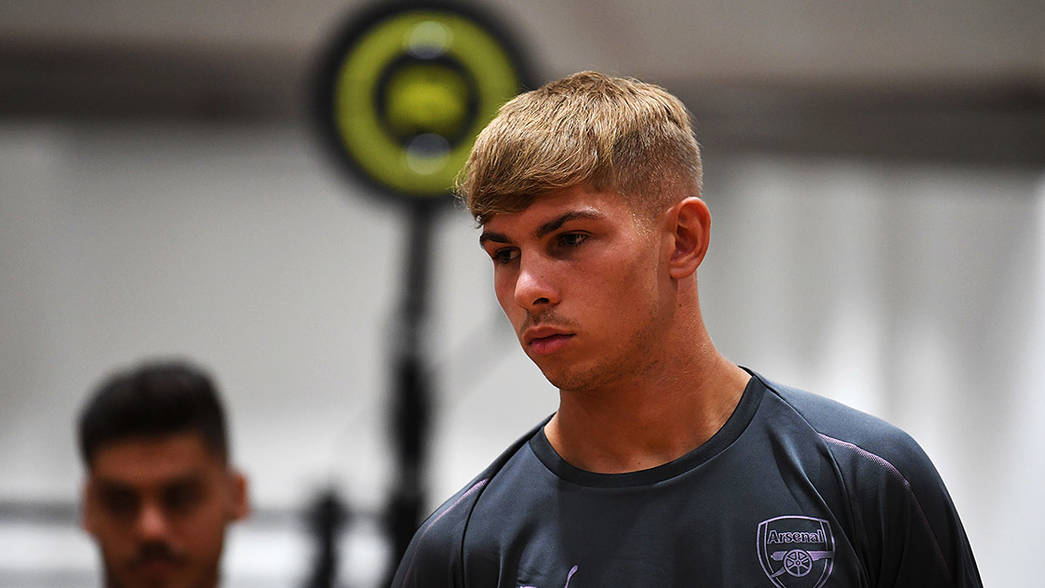 Arsenal youngster Emile Smith Rowe was the star of the day for the gunners today as he scored a stunner against Atletico Madrid even though the North Londoners ended up losing the match on penalties.

The youngster was given the opportunity today by Arsenal’s new manager Unai Emery and the young midfielder didn’t embarrass him as he scored the equalising goal against Atletico Madrid as he got past two challenges to send into the back of the net a powerful strike.

Unai Emery has however revealed that he didn’t just want to give Emile Smith Rowe a chance today but confirms that the midfielder was very outstanding while in training hence the manager starting him today.

“Today I am very happy with his work on the pitch but not only today, It’s every day.” the manager told Arsenal’s official website.

“He’s starting today’s match because his performances have been good in every training session.”

Arsenal has a good history of promoting young talent and most football analysts believed that this would stop at the Emirates Stadium after the departure of Arsene Wenger but it seems Unai Emery does believe in some of his youngsters as he confirmed that some of the young players could be introduced to the Premier League.