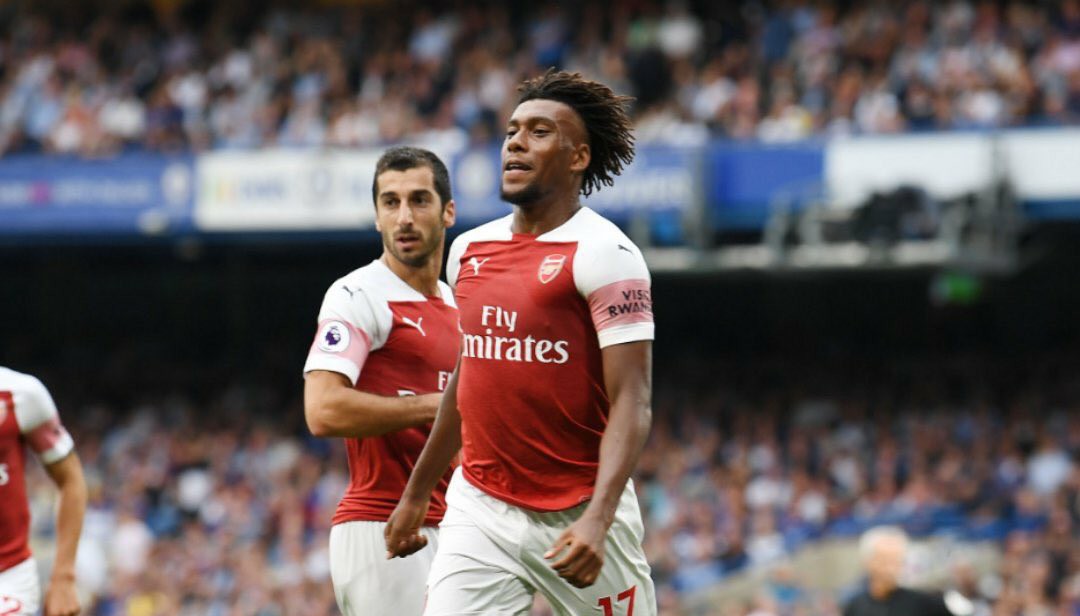 Arsenal winger Alex Iwobi was on target on Saturday when the gunners faced Chelsea at the Stamford Bridge but his goal wasn’t enough to help Unai Emery get his first points of the season.

Henrikh Mkhitaryan scored Arsenal’s first goal of the season and then later set up Alex Iwobi who scored Arsenal’s equalising goal to make it 2-2, it was a nice come back which no one expected because the North Londoners usually don’t get back into the match if they have conceded twice.

Nigerian international Alex Iwobi was asked how he felt about Arsenal’s poor start to the season and he replied;

“It’s not been easy, but sometimes that’s the way it is and you learn the hard way.” he told Arsenal Player.

“We improved again from the last game, so having seen the work that we put in everyday and the way that the team response to things we do, I’m pretty positive we are on the right way to improve.”

Alex Iwobi will also be relieved after he put on a fantastic performance against Chelsea because the Arsenal supporters criticized the decision by Unai Emery to drop Aaron Ramsey for the Nigerian international because they believed that the winger wouldn’t put on a good performance but he did well to their surprise.

Alex Iwobi recently signed a new long-term deal to extend his stay at the Emirates Stadium and his performance against Chelsea might have earned him a starting spot in Unai Emery’s team to face West Ham United next week on Saturday.