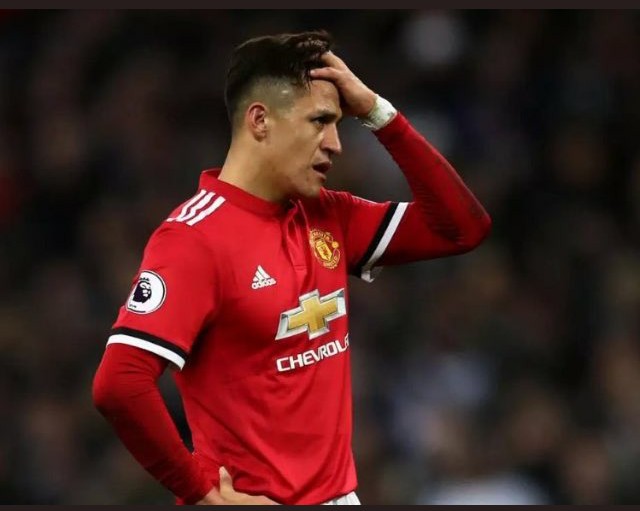 Alexis Sanchez is among the names which Arsenal fans will never forget and it’s not because he was a fantastic player of there’s but because they feel that he betrayed the North London club when he left at a time they needed him the most.

Alexis Sanchez joined Manchester United in the January transfer window in a swap deal which saw Henrikh Mkhitaryan join the gunners but the Chilean international has found life hard at the Old Trafford as he has failed to impress as in the past and the red devils are now benching him.

Manchester United played against Tottenham Hotspur on Monday night and the North Londoners humiliated the Red Devils and Alexis Sanchez was also brought into the match from the bench but he didn’t make any impact as his team got a beating. Arsenal fans seem to have enjoyed this, especially because Alexis Sanchez took part in the match and so they have taken to Twitter to troll him for what he did to Arsenal a few months ago.

Just imagine dat spoilt boiled egg called Alexis sanchez was holding my club to ransome…laughing at us while on the bench…throwing tantrums at mates…making everybody look bad?….

So Sanchez has only 4 goals for Manchester united while Mhiki is busy scoring goals and providing assists. Lmao ?

When you realise that either one of Atom & Humber is a better option out wide than Alexis Sanchez in 2018. pic.twitter.com/jRPsDbOrVw

Arsenal fans also now laughed at him on his famous quote; ‘I came here to win trophies’ so the Arsenal fans are asking him, how many he has so far won and it’s truthfully none because Chelsea defeated the red devils at the FA Cup finals last season.

Mesut Ozil Should Be Given A Peace Of Mind