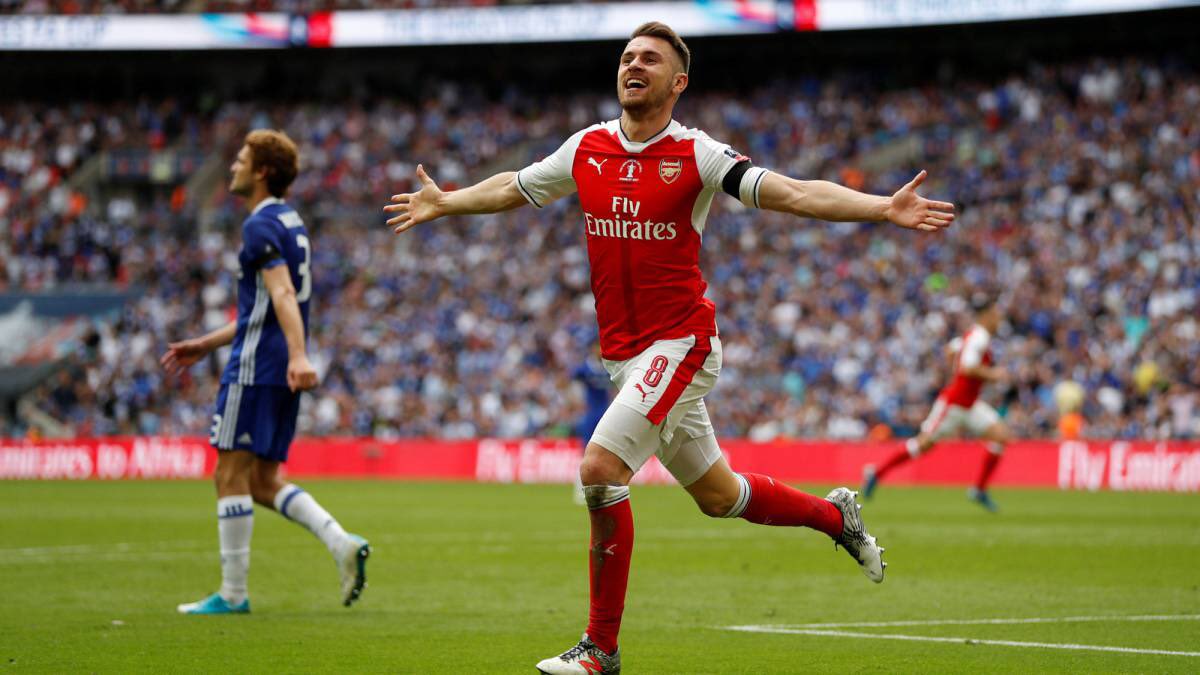 Arsenal midfielder Aaron Ramsey is yet to sign a new deal to extend his stay at the Emirates Stadium and the club is worried that they could lose him next summer for free if he refuses to agree to a new contract before the season starts on Sunday.

What’s even worrying the Arsenal supporters more is that the Welsh international is being linked with a move to their arch rivals Chelsea and it’s very surprising why he is holding the club ransom yet he claims that he wants to stay with the North Londoners.

The Daily Telegraph has however reported some good news for Arsenal fans as it claims that the gunners will soon finalise the negotiations with player on offering him a new deal and this will come as a big relief to Unai Emery who has also been saying that he hopes to create his squad around the central midfielder.

Aaron Ramsey is the current longest-serving player at Arsenal and the gunners will be hoping that he stays because the transfer window for Premier League clubs is closing in a few hours so they wouldn’t get a suitable replacement in just a very short time or even don’t get one if he decides to leave.

Arsenal supporters have however been not happy with the situation which Aaron Ramsey has put the club in because it’s quite like that one which Alexis Sanchez and Mesut Ozil did to the North London club until they were given deals worth huge wages and the German international signed a new deal while the Chilean went to Manchester United.

Ramsey recently said that he has left all the negotiations to his agent and he has since then been quiet on his future but hasn’t even dismissed rumours linking him to Chelsea.