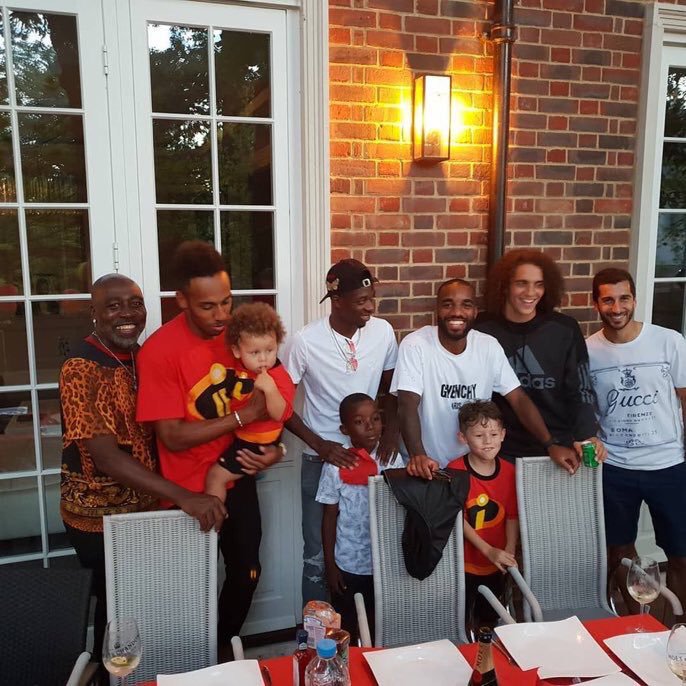 Arsenal has been linked with Ousmane Dembele for almost a month now and the player has just excited the Arsenal fans, after he was pictured hanging out with the Arsenal players in London.

The gunners have made five signings this summer but they have been linked with the Barcelona star and Pierre-Emerick Aubameyang’s dad posted a picture on Instagram which shows Aubameyang, Lacazette, Matteo Guendouzi and Mkhitaryan posing for a photo with Ousmane Dembele raising speculation on the future of the Spanish star.

The picture had caption of;

“Happy to be with family and surrounded by our guys.”

Arsenal supporters immediately had thoughts that Dembele will be joining them because most of the replies were saying; ‘Welcome to Arsenal Ousmane Dembele’ because they believe that the French star was hanging out with the people who could soon be his teammates.

This comes after Unai Emery said that he is happy with his current squad but the manager did say in the past that he would do still sign one more player if an opportunity opens up but the North Londoners will need to act fast if they want to sign Ousmane Dembele because the transfer window will be closing soon.

Arsenal fans have for long urged the club to sign a powerful winger in this transfer window and rumours have claimed that the gunners have identified Ousmane Dembele as the perfect choice to strengthen their squad ahead of the new season.

Laurent Koscielny Opens Up On His Future At Arsenal