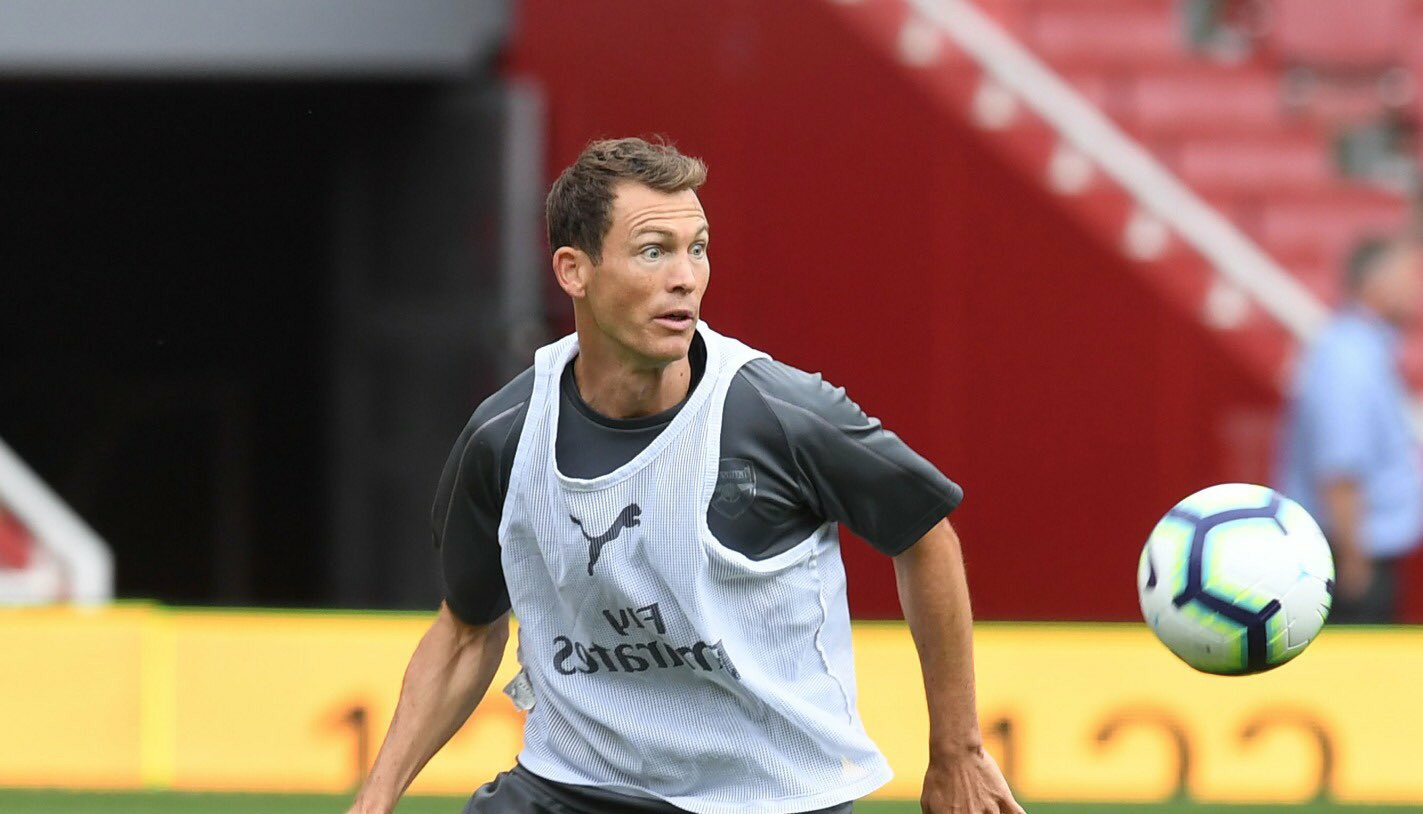 Arsenal manager Unai Emery recently announced that Laurent Koscielny, Aaron Ramsey, Petr Cech, Mesut Ozil and Granit Xhaka will be  his five captains during the 2018/19 campaign which kicked off on Sunday for the gunners.

But one player that the manager should have added is, STEPHAN LICHTSTEINER because the veteran right back has all the qualities of a good leader and here are some reasons why I believe he deserved to be among the captains.

1. He has commitment, and good at encouraging players

Arsenal youngster Ainsley Maitland-Niles was replaced by Stephan Lichtsteiner after he sustained an injury but the right back coming to the pitch proved to be a wise decision by Unai Emery because it was like the former Juventus right back carried the whole Arsenal team on his back.

He was clearly seen urging players to move forward to look for goals as well as showing intensity until throughout the match and this is something which the fans have spent long without seeming at the Emirates.

Arsenal’s Captain Per Mertesacker didn’t get many chances on the pitch last season and Laurent Koscielny who was his vice captain was too polite because the French defender was never seen doing what Stephan Lichtsteiner did on Sunday.

The gunners signed Stephan Lichtsteiner for free after his contract had expired at Juventus but his move to the Emirates Stadium was criticized by Arsenal fans with most claiming he is too old, but his performance in the pre-season was great and made them change their minds, and started saying that he should start ahead of Hector Bellerin.

Arsenal fans have had debates on who should start as a right back on Bellerin and Stephan but the Swiss international has put an end to those discussions as he said that;

? “We are a team. It’s not Hector against Stephan, it’s Hector and Stephan for Arsenal.”@LichtsteinerSte and @HectorBellerin sit down for a special one-on-one interview

“We are a team. It’s not Hector against Stephan, it’s Hector and Stephan for Arsenal.”

The Arsenal fans liked his statement and one of them replied: “That’s my captain”

Unai Emery has already announced his five captains but he really didn’t know that he had another leader in his squad, Stephan Lichtsteiner is a great gift to the gunners.

Three Reasons Why Arsenal Should Not Sell Joel Campbell