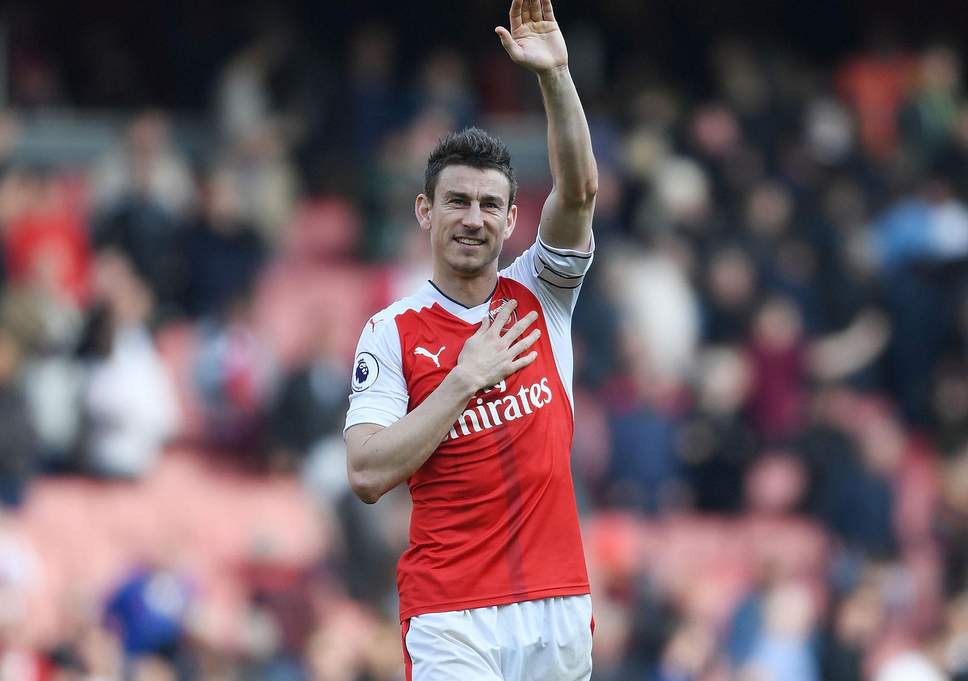 Arsenal centre back Laurent Koscielny is currently injured and will make his return to the squad of the North Londoners in December which will be four months into the new season.

Laurent Koscielny missed the FIFA WORLD CUP because of that injury which he sustained before last season was concluded and the player will be frustrated that he will finish many months on the sidelines and Arsenal’s new manager has already signed Sokratis Papastathopoulos who will be playing in his position until he returns to the pitch.

The French international has however spoken about his future at the Emirates Stadium and the defender says that he will be hoping to finish his contract at Arsenal under their new manager Unai Emery, the player has also not been linked with any club in this transfer window because it’s known how he has committed his future at the Emirates Stadium.

“I’m under contract until 2020, afterwards I’m thinking of moving on but I do not know where.” the Arsenal defender told French outlet Nice-Matin.

“This is not relevant anyway! I am in England, my family too. Then there will inevitably be a lot of question marks.”

Laurent Koscielny was the vice captain of Arsenal last season but he was literally the leader of the squad since Per Mertesacker who was captain wasn’t always available and Unai Emery has said that he will have five captains in his Arsenal team, but confirms that the French defender is already among those five leaders which he will want in the squad.