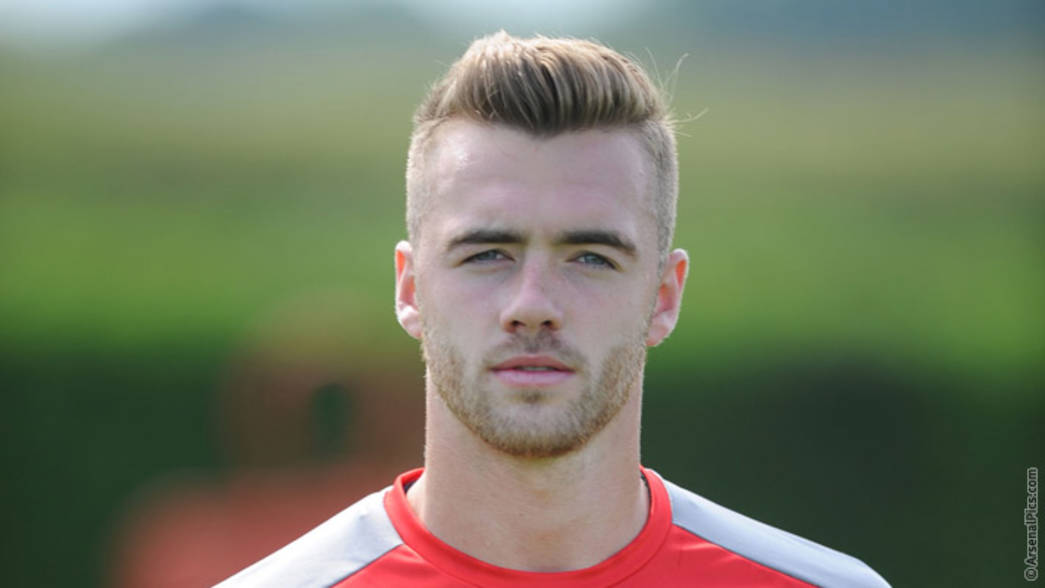 Arsenal defender Calum Chambers has joined English club Fulham on a season long loan and this comes a few weeks after the North Londoners had given the youngster a new long-term deal to extend his stay at the Emirates Stadium.

The 23-year-old defender has been with the rest of the Arsenal squad in their 2018 pre-season tours but the Englishman gets loaned because the gunners have a huge squad including many players that play the same position as him.

Arsenal manager Unai Emery has revealed that they have let the youngster leave the club on loan because it was important for the player to gain enough experience.

“Calum is a talented defender who has a bright future.” the manager told Arsenal’s official website.

“We all believe this loan at Fulham will be an important part of his development and wish him a successful season.”

Arsenal supporters have however not welcomed the idea of letting Calum Chambers leave the club on loan and have shown their dissatisfaction on social networks like Twitter saying that the gunners shouldn’t have loaned him because they need him at the club.

Calum Chambers will be at Fulham until the end of the 2018/19 season and the gunners will be hoping that they don’t get many injuries, and regret the decision of letting the Englishman go.