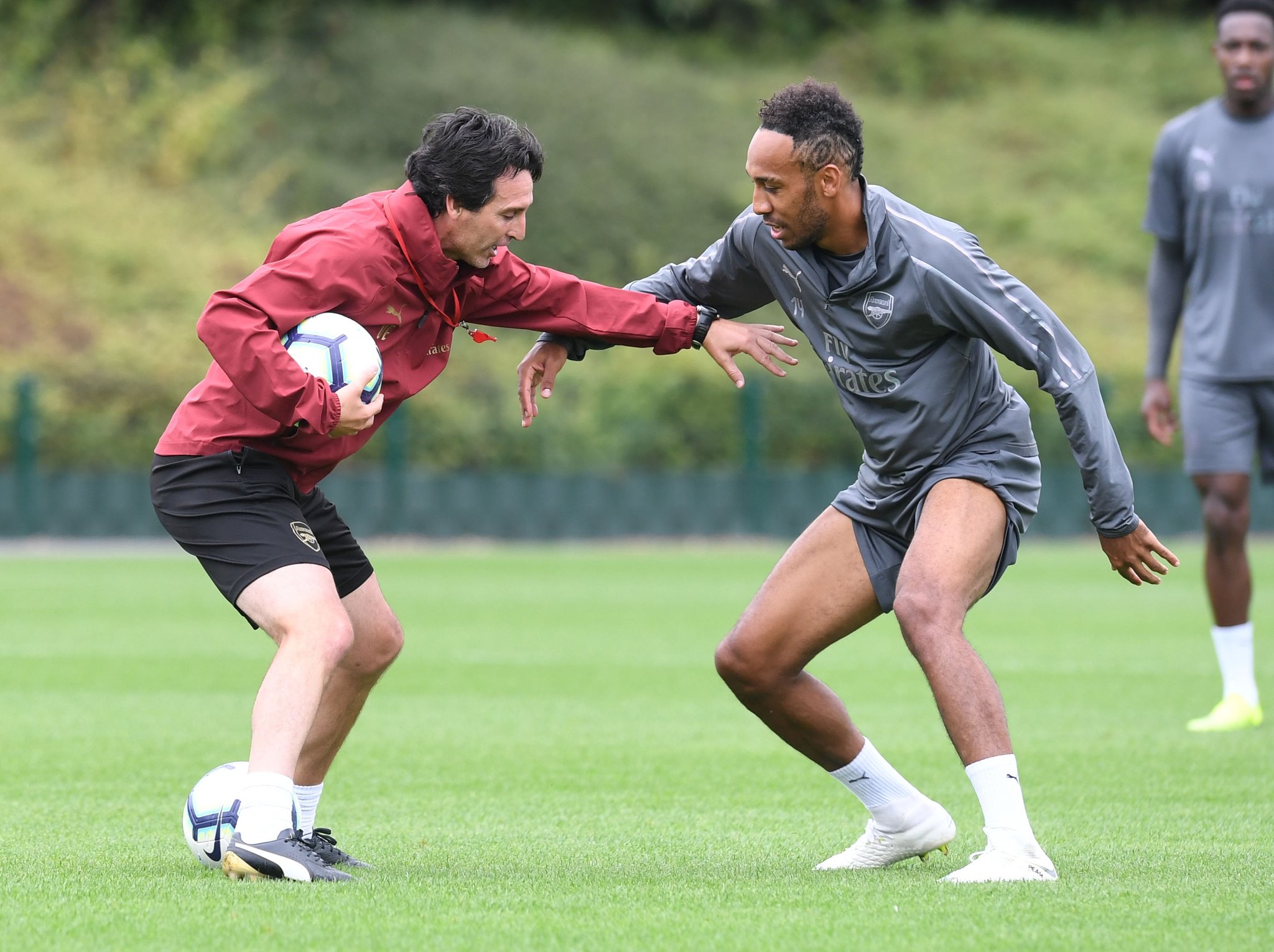 ( Unai Emery and Aubameyang in training )

Arsenal players have today trained ahead of their visit to Stamford Bridge on Saturday to face Chelsea as Unai Emery hopes to get his first competitive win since he took charge of the North London club in May.

Arsenal played their first match of the season on Sunday when they welcomed Manchester City at the Emirates Stadium but they lost the match after the depending champions put on a far better performance than Unai Emery’s squad.

Unai Emery has led his squad back into training as they now prepare for their match against Chelsea and the squad was today at the London Coloney, working so hard to get in shape so that they can redeem themselves against their neighbors on Saturday.

Here is a gallery of pictures from today’s Arsenal training.

Welbeck and Bellerin in Arsenal training

Unai Emery and Aubameyang in training

As you can see in the pictures, all the new players of Arsenal are present in training and they will be hoping to get a start on Saturday because it will be a perfect time to earn the trust of the gooners because it is a highly watched match in the Premier League.

It seems Unai Emery is also more of a theory type of manager who also likes to engage with the players on the training grounds as he shows them the tactics which he hopes they use against Chelsea which is also under the management of a new manager,Maurizio Sarri.