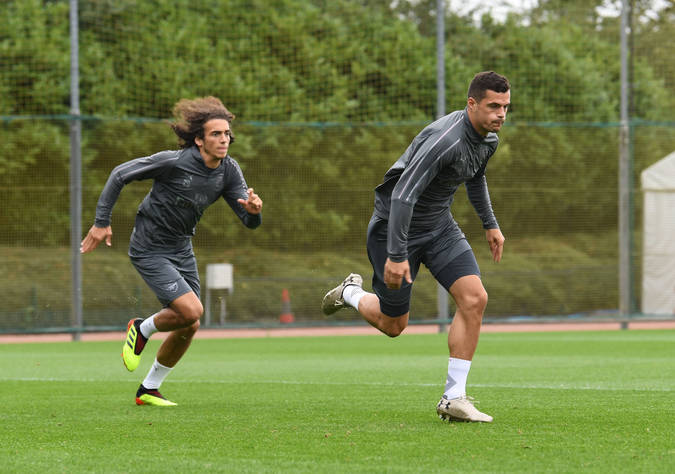 The gunners will be playing against West Ham United on Saturday and the Arsenal players trained for the first time since they were beaten by Chelsea last weekend, Unai Emery will be hoping to get his first Premier League points this week.

The Arsenal players have put their loss against Chelsea behind them and are now working hard in training as they prepare for their match against West Ham United on Saturday, the squad looks to be in good mood at the training grounds.

Here are some of the pictures from today’s Arsenal training in a slide show format.

Today’s Arsenal training is the first training session this week and their match against the hammers will be Unai Emery’s third competitive match since Unai Emery was given the managerial position at the North London club, the Arsenal supporters believe that his first two losses against Manchester City and Chelsea are enough for him to finally get his best starting eleven.

Aubameyang had a poor performance against Chelsea on Saturday and he will have a chance to redeem himself against West Ham United this weekend, and the Gabon international was also working very hard in today’s training at the London Coloney.