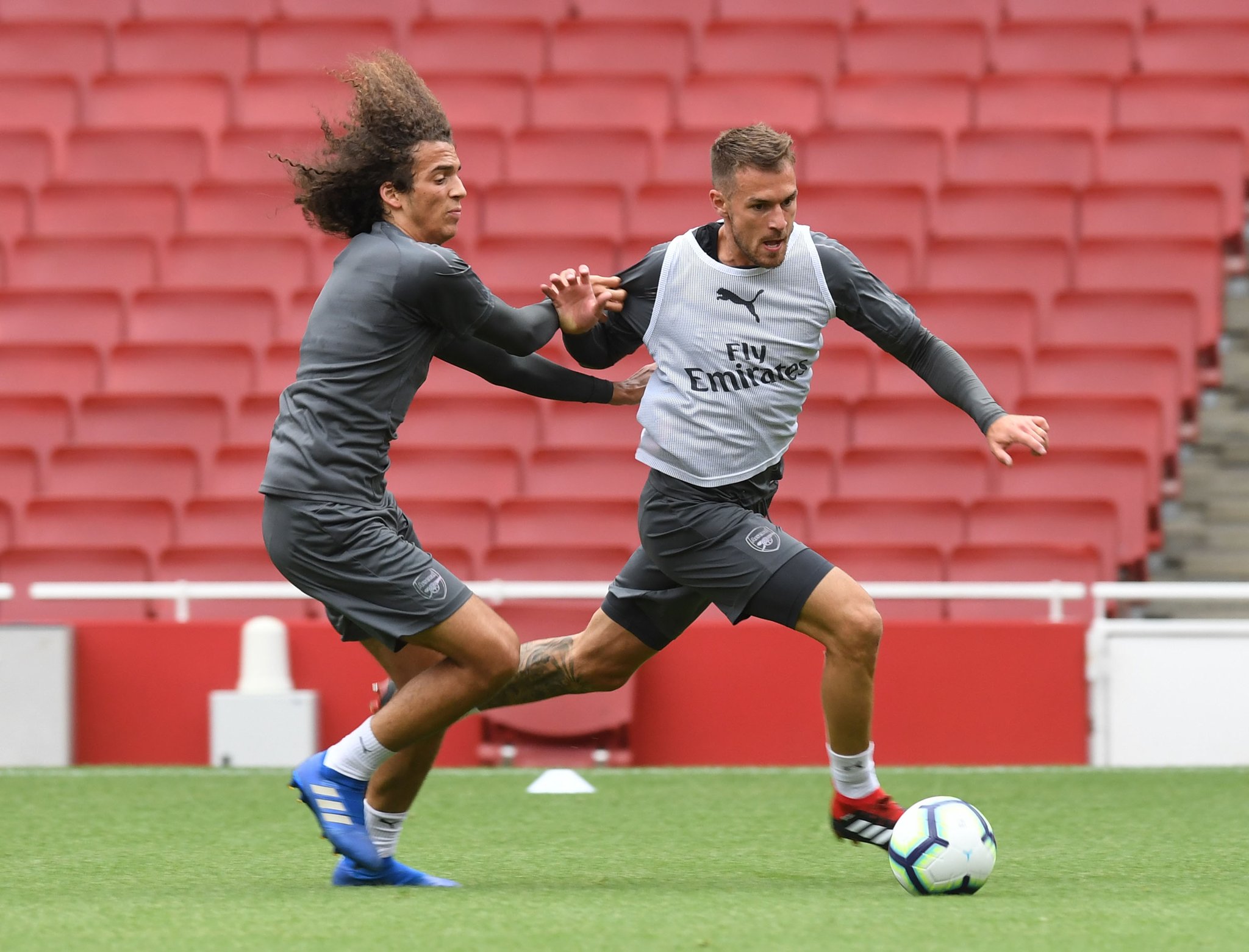 The gunners play against Manchester City on Sunday and it will be their first match of the season and Unai Emery will be hoping to get a win so that it could be used as a morale booster in the next 37 matches.

The preparations for the new season are done and the Arsenal players trained at the Emirates Stadium on Saturday and this was because the club has taken long without playing there, they even have new signings who could be in the starting eleven so they needed to come feel the pitch where they will battle with Manchester City for the three points soon.

So, here’s a gallery of some of the pictures taken while Arsenal players trained on Saturday at the Emirates Stadium.

Lucas Torreira at the Emirates Stadium

Mesut Ozil and other Arsenal players

Arsenal’s new signings: Matteo Guendouzi, Lucas Torreira, Bernd Leno, Stephan Lichtsteiner and Sokratis Papastathopoulos were all available and took part in the training session, they will be hoping that they get a start against Manchester City on Sunday.