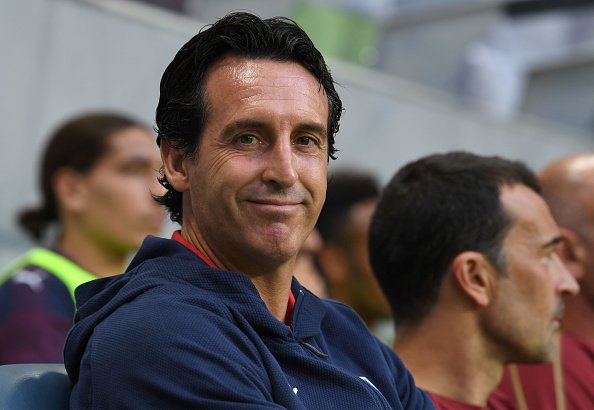 The Premier League transfer window has closed and this means the gunners won’t be signing new players but other clubs outside England will still be able to sign Arsenal players until the end of this month.

Arsenal will of course have players who will leave the club in the coming days or weeks and the manager, Unai Emery has confirmed this today in the press conference which he had today as he reveals the players that could leave the club before the transfer window closes in other countries.

“We only have three players: Carl Jenkinson, David Ospina and Joel Campbell, with the possibility to leave.” Unai Emery told Arsenal Player.

The three players which the manager mentioned are the players which Arsenal fans were also expecting to leave due to the current circumstances they are in at the North London club;

The player has been at the Emirates Stadium for some years now but he has failed to make it to the starting eleven as he is usually a bench warmer or gets loaned at the start of a new season, it is likely that the gunners will be hoping to sell him permanently since he is no longer an asset to the North Londoners.

The Colombian international will also likely leave the club as Unai Emery says because he has played as a back up for Petr Cech for the last three years and the gunners signing Bernd Leno clearly showed that the gunners don’t have trust in him anymore. Unai Emery has also praised Arsenal’s young goalkeeper Emilliano Martinez and Petr Cech won’t be leaving so the gunners will have to let Ospina  leave permanently.

The forward hasn’t played for the gunners in the last two years but he is still an Arsenal player but has got loaned to different clubs each season but it seems the North Londoners will finally sell him permanently this summer.

Unai Emery confirmed that aside from those three, all other players will be staying at the Emirates Stadium.