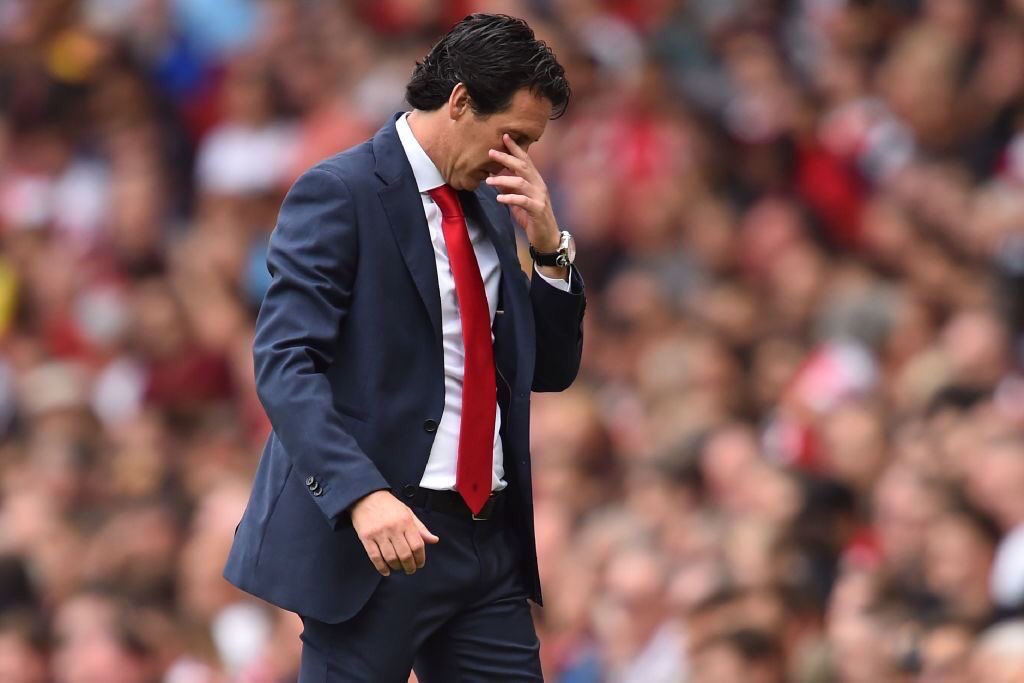 Arsenal manager Unai Emery is the main reason the gunners lost to Chelsea according to our analysis which we are going to explain in detail below.

This was supposed to be the great start of Unai Emery’s reign at the Emirates Stadium but it turns out be another disappointment, it seems things are falling out of hand for the new Arsenal manager because losing against big teams shows that his squad is weak but let’s see how he caused the gunners’ loss against Chelsea.

The match against Manchester City was quite clear to him and everyone because it showed that the manager needed to axe some players from the starting lineup like Petr Cech, Hector Bellerin and Granit Xhaka because they weren’t making a good contributions on the pitch.

Unai Emery made the same mistake again by starting that trio against Chelsea because and yet again, they failed to make an impact.

Most football analysts said that the manager should try using both Pierre-Emerick Aubameyang and Alexandre Lacazette after the two linked up well in the few minutes they were together against Manchester City but the manager didn’t want to do that.

To his disgrace, Aubameyang had a terrible performance against Chelsea because he missed some clear chances which Lacazette would have probably scored if he was on the pitch.

Arsenal’s boss Unai Emery has already chose Petr Cech as his first choice goalkeeper but the manager should have given the new goalkeeper a chance against Chelsea because the German international is ready to show his talent to the North London fans.

Unai Emery opted for Petr Cech instead who conceded three goals even though it wasn’t tactically his fault, you never know, maybe Leno would have stopped one of them.

So there you go, it will be interesting to see how Unai Emery responds to his first two losses since he took the managerial job of Arsenal in May.

Can Stephan Lichtsteiner Be An Arsenal Captain?