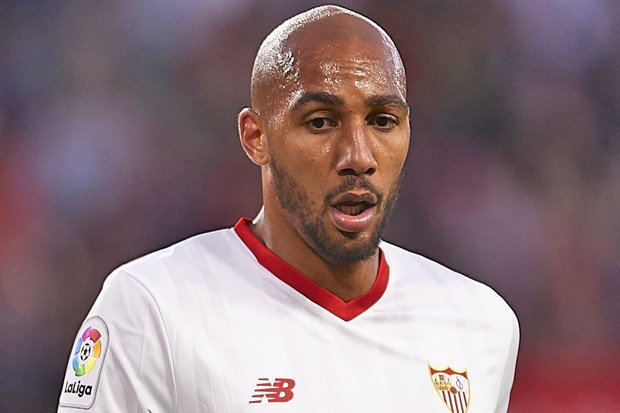 Arsenal has been linked with Sevilla midfielder Steven N’Zonzi since this transfer window opened but there has never been a significant sign that the French international might join the gunners.

Unai Emery has again confirmed that he has not made a move for Steven N’Zonzi despite various reports saying that the North Londoners want to bring the Frenchman to the Emirates Stadium but the manager says that he is happy with his current squad.

““At the moment I’m very happy with the players that are here with us. We also have others still to come, like Nacho Monreal, Lucas and Xhaka, who will start to get minutes on Saturday.” Unai Emery told Arsenal.com.

“I am telling you that we’re speaking inside and we are OK. There is only a possibility that we sign someone if it’s a good opportunity.”

The transfer window will be closing soon and it seems the Arsenal manager will not sign one more player which he had promised to sign if the right opportunity comes but the rumours linking Steven N’Zonzi to the Emirates were un realistic because the new manager had already signed Lucas Torreira who literally plays the same position as the Sevilla star.

Unai Emery has made five signings in this transfer window which was his first since he became the manager of Arsenal in May and the Spanish manager once coached Steven N’Zonzi in the past before he went to Paris Saint Germain so most reports said that he wanted to be reunited with the French international.

Laurent Koscielny Opens Up On His Future At Arsenal