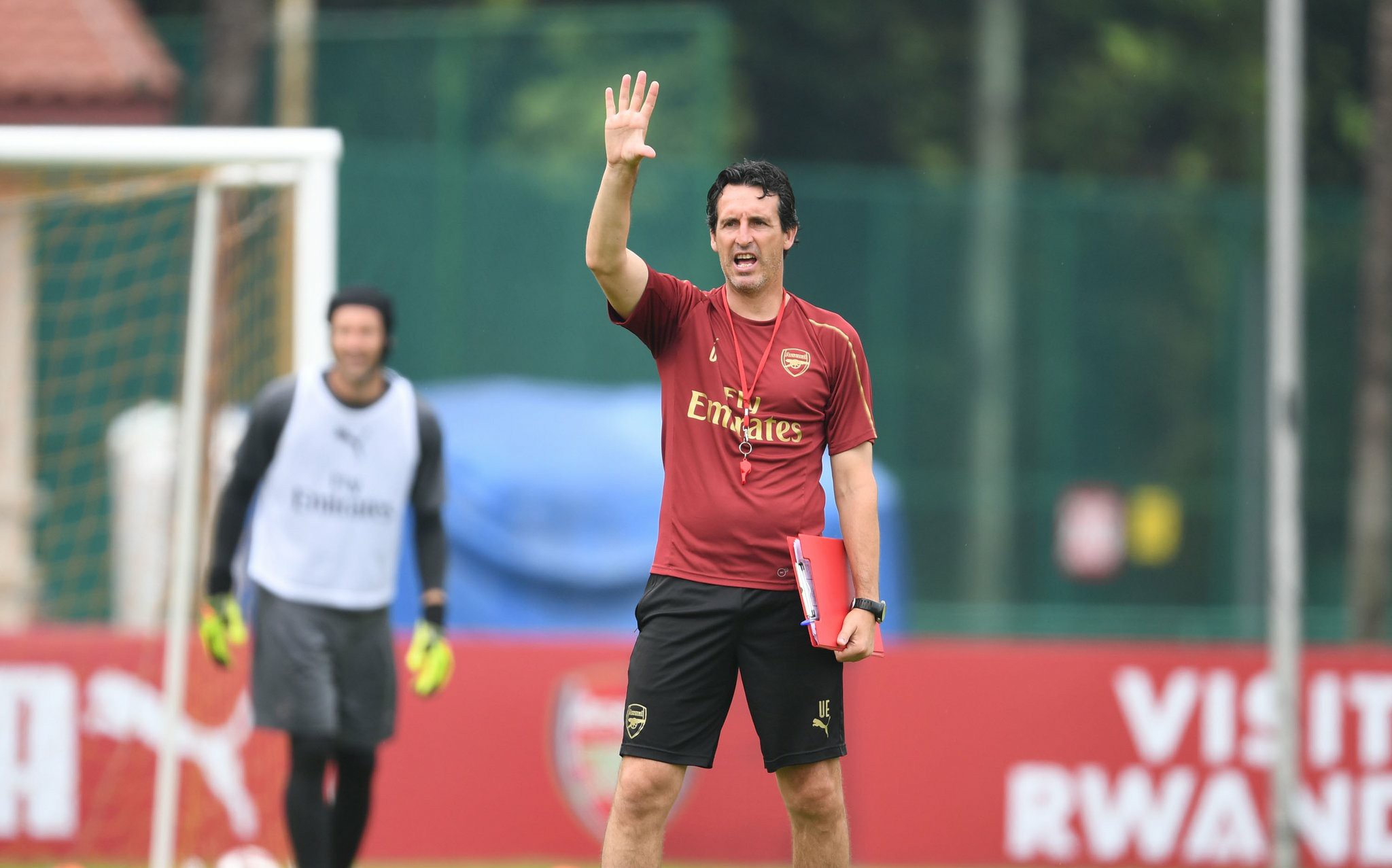 Arsenal appointed Unai Emery as their new manager in May and the manager has already proven that him coming to the Emirates Stadium was a good choice by the North London club because even the fans are behind him.

The manager has been with the players for just three months but he has already made a good connection with the Arsenal players because they are all happy and following his philosophy as they hope to bring back old glory at the North London club.

Arsenal supporters have also observed that the manager has made players do double training sessions but he explained this as he even reveals what his first message to the players is!

“My first message to the players is clear,think about each match. Enjoy the challenges of each match.” Unai Emery told Arsenal’s official website.

“I am looking every day and the players are smiling in training with a big collective spirit. They are working and finishing tired but with a smile also on their face.”

This is going to be Arsenal’s first season without Arsene Wenger if you became a gunner before 1996 and the gunners will be hoping that Unai Emery impresses in his first season to prove that they were right to call for the resignation of Arsenal’s former manager.

Unai Emery also says that his message to the players on Sunday will be optimism when they face off against Manchester City who recently defeated Chelsea 2-0 to win the FA Community Shield, but the gunners will also be hoping to be at their best when they welcome them at the Emirates Stadium.

Unai Emery Reveals The Five Leaders In His Squad