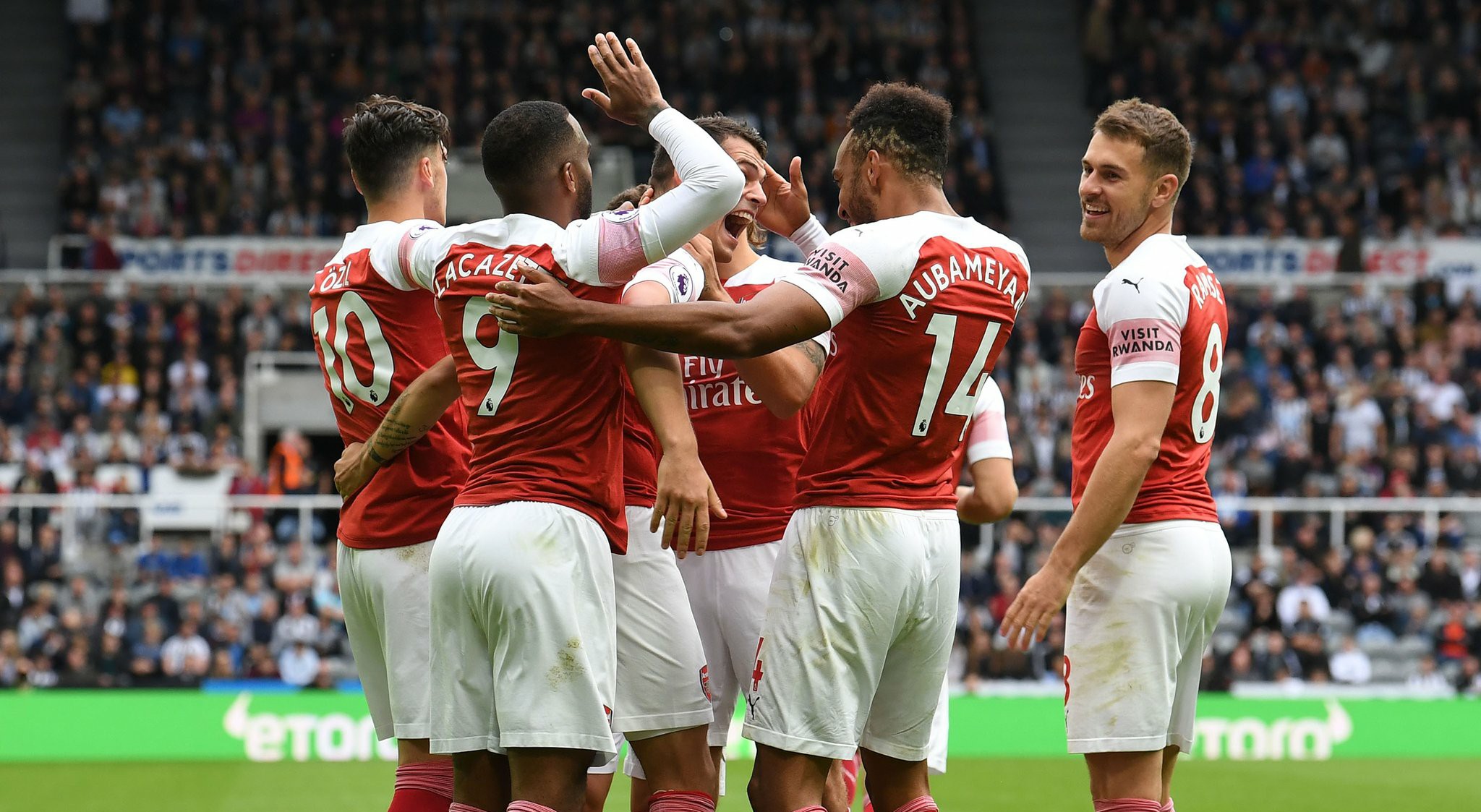 Arsenal won their successive away game since May 2017 against Newcastle United courtsey a sublime freekick from Xhaka and a well placed goal from Mesut Ozil who was earning his 200th cap for Arsenal.

Unai Emery maintained the side that won against Cardiff.So no real changes.The analytics of the match just put paid to the fact that Torreira should be earning a starting spot in the Arsenal line-up and that the combination of Xhaka and Guendozi will never work.

The game ended on drab note in the first half as the home team couldn’t capitalize on the opportunity created as they couldn’t convert their chances.

The second half introduction of Lucas Torreira gave the visitors a much-needed balance and calm in the midfield. And I’m still at a loss why he starts from the bench.Emery needs to make a decision on Xhaka and Guendozi so it doesn’t hunt him badly in the nearest future. Aubameyang had a woeful day at the office and needs to be doing a lot better,Unai Emery is a desperate man.His animated stance on the touchline is just enough to send a message across.But he (Aubameyang) earned the visitors a free-kick which was sumptuously converted by Xhaka.Things didn’t just go according to plan for him(Aubameyang) as every of his touch or pass was wayward . Arsenal was on cruise control as they scored few minutes later from a “Mesut Ozil-esque” well placed goal.

The home team rallied and ” got paid” through Clarke’s header in extra time after the ball was sent high up the pitch by the Newcastle goalkeeper.Bellerin was in no man’s land as Clarke had all the time in the world to do damage.

The match ended 1-2 in favour of the visitors.This result just shows that the Arsenal team lacks tact defensively as they have conceded 9 goals this season from just 5 matches, And have +1 goal difference.

For a team vying for a top 4 finish this season,it’s a really poor return.Arsenal’s next Premier League is against Everton at the Emirates except Unai Emery finds a solution to this “cancer”,Arsenal would continue to concede.The Premier League is not a stroll in the pack as teams are beginning to know that the top four spot can be achieved ,while it might be immature at this time of the season,Arsenal might be living dangerously if they don’t shore up their defence.Mustafi’s love for the ground is somewhat appalling and alarming as he kissed the ground again yesterday in the match.

At the end of it all, it’s 9 points out of a possible 15.Next match is against an ever scoring Everton team this season and then Watford who are finding a new lease of life under Javi Gracia.Arsenal needs to win these matches to be in the mix for the top 4 just as the dreaded November & December rush of games beckons.