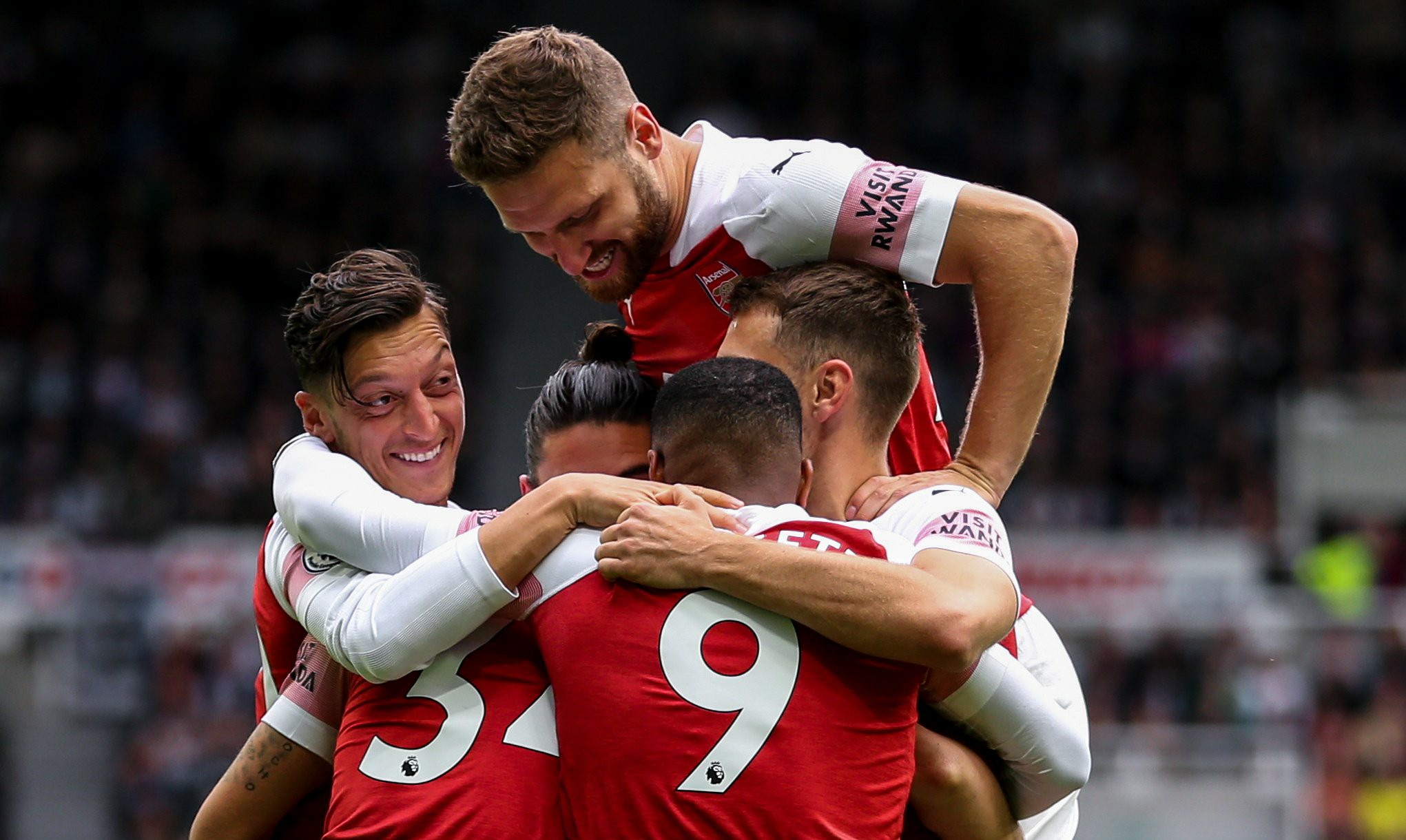 Arsenal has its third win of the season today after defeating Newcastle United 2-1 thanks to goals from Granit Xhaka and Mesut Ozil, the Magpies also pulled one back before the final whistle. Unai Emery will be going home a happy man as it seems things are finally working out for him and his squad.

The first half was very tough for the gunners because Newcastle United had better chances to score than them even though Arsenal had most of the possession, the gunners were very blunt in attack in the first 45 minutes but the Magpies were having a good game because they had seven corners, just that none of them was able to give them a goal.

Unai Emery replaced Matteo Guendouzi with Lucas Torreira at the start of the second half and the Uruguayan international made significant impact because he made Granit Xhaka feel safe when going forward because he is used to running back to defend unlike Xhaka.

Arsenal finally got their first goal of the day thanks to a spectacular free kick goal from Granit Xhaka who shot the ball into the back of the net despite the efforts by Newcastle United goalkeeper to get his hands onto the ball. The goal by the Swiss international gave the gunners some relief as they now started making good runs and attacks towards the Newcastle United box with their normal playing style of quick passes.

Mesut Ozil made sure the gunners get the three points as he scored Arsenal’s second goal in a great neat finish, it was the German international’s 200th appearance for the gunners and this was indeed a perfect way to celebrate this.

Just as the gunners thought that they have collected the three points from Newcastle United with a clean sheet, the Magpies pulled one goal back through Clark. So it’s three back to back wins for Unai Emery.