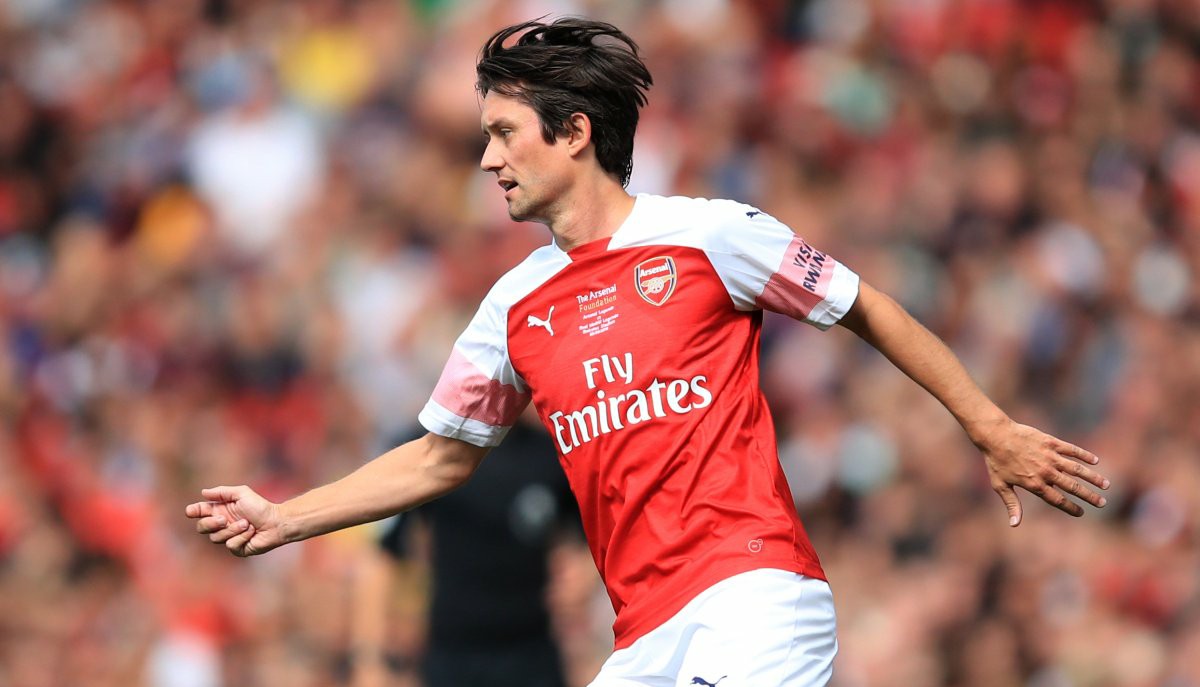 Tomas Rosicky left the Emirates Stadium in July, 2016 after battling with injuries for a long time and the Czech Republican international then went to Sparta Prague but announced his retirement from professional football in 2017.

Tomas Rosicky was among the Arsenal legends that were invited to the exhibition match between the legends of the gunners and Real Madrid, the Arsenal supporters were very happy to see him wearing the red and white Jersey once more because the North London club has been without him for two years.

Arsenal fans took to Twitter to show their excitement to Tomas Rosicky’s return to the Emirates Stadium, here are some of the best tweets by gooners on the Czech Republican international.

Congratulations to Tomas Rosicky for an amazing career at Arsenal! It sucks to see him go but it makes me happy that he ended at Arsenal.

Tomas Rosicky back in an Arsenal shirt. No better sight in football then seeing this man in the red and white of Arsenal.

Tomas Rosicky was on the lineup of the Arsenal legends to face Real Madrid legends but the match ended 0-0 hence the game going to penalties, Rosicky looked set to take the final penalty for the gunners to get the win against the Spanish side but Jens Lehman decided to complete the job as he scored the last penalty spot kick.

Tomas Rosicky is one of the most loved players at the Emirates Stadium and he is best known for his curling passes which he alone can do, he is one player whose injuries ended his footballing career yet he is a talented midfielder.

Bellerin Responds To Those Criticizing His Hair