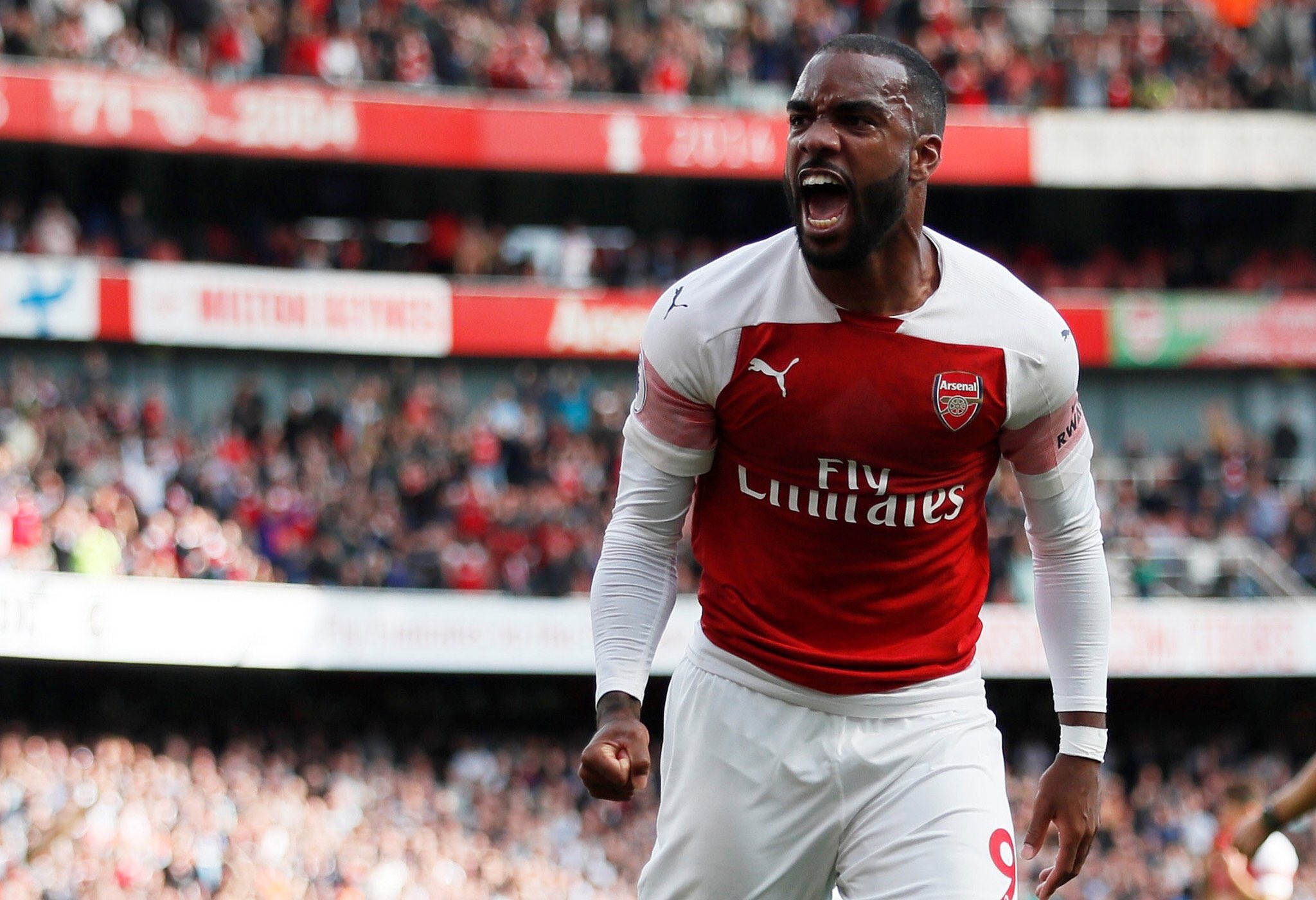 Arsenal striker Alexandre Lacazette arrived at the Emirates Stadium in 2017 and the Frenchman had a disappointing first season at the North London club but he will be hoping to improve this season as he works under the new boss, Unai Emery.

Arsenal currently has two strikers, Pierre-Emerick Aubameyang and Alexandre Lacazette, and Unai Emery chose the Gabon international as his first choice forward when this season begun. Lacazette started on the bench for the North Londoners in Arsenal’s first three matches of the new season but he has always worked hard to impress when he comes from the bench in those three games.

West Ham United recently almost stopped the gunners from getting three points but the introduction of Alexandre Lacazette in the second half proved to a good decision by Unai Emery as he improved the attack of Arsenal and they got two goals, even though he wasn’t on the score sheet but he made big impact in that match.

Arsenal boss Unai Emery finally gave in to the pressure from the supporters of the gunners and included Alexandre Lacazette on the lineup that faced Cardiff City last weekend, the French international didn’t disappoint the manager as he scored the winning goal for Arsenal in Wales. Arsenal legend Martin Keown has heaped praise on Lacazette for his patience and determination until he got into the starting eleven.

“I think special mention has to go to Alexandre Lacazette. How patient has that man been? His attitude has been impeccable.” Martin Keown told Daily Mail.

“Emery used him as a substitute in his first three Premier League matches, then he finally gets to start against Cardiff. So what he do? He goes and scores the winner.”

Joachim Low Says That He Is Disappointed With Mesut Ozil