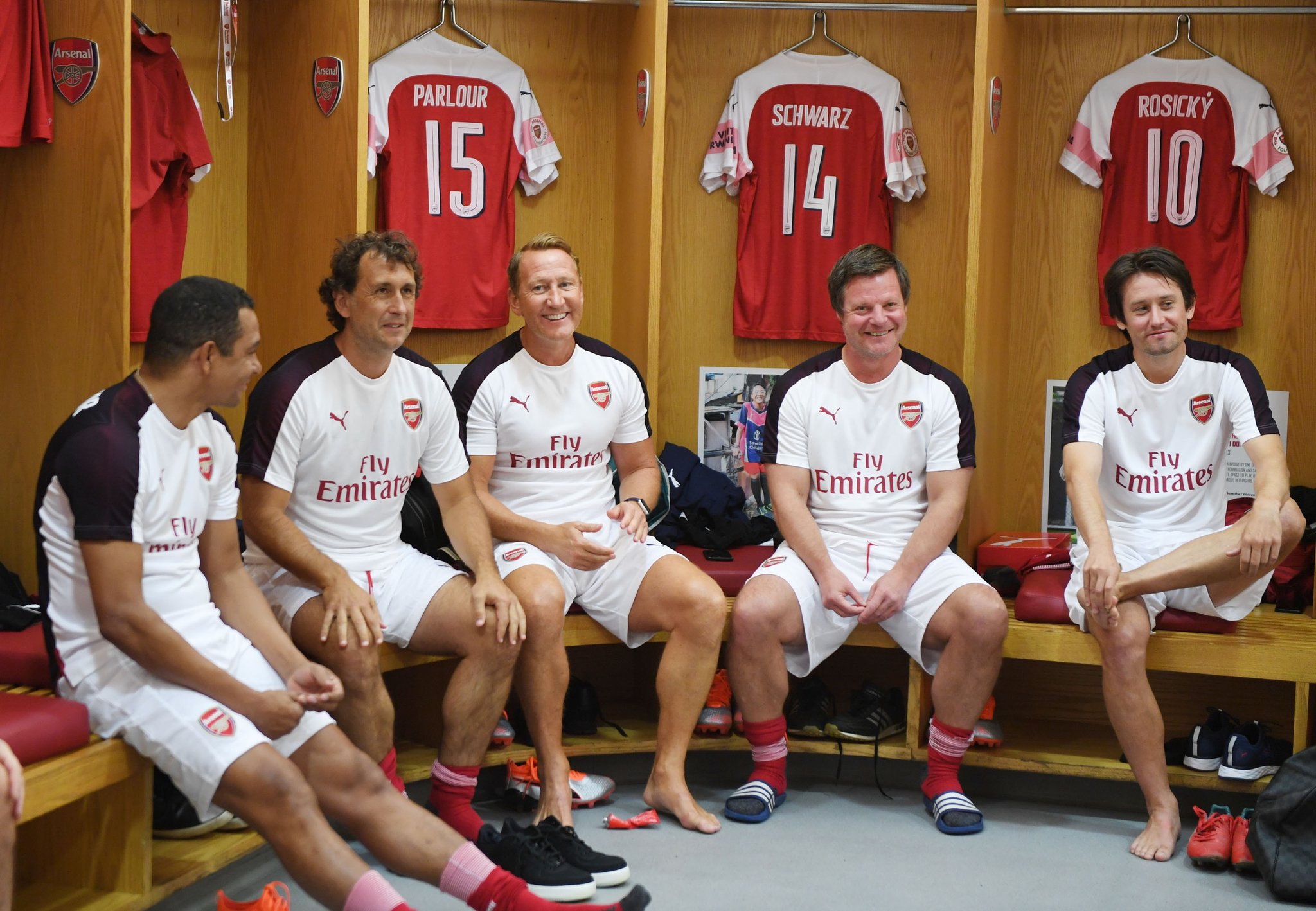 The Arsenal fans were happy to see their former stars in the jersey of the club in London after a very long time and the lineup which started in the first half had some of the most respected legends in the history of Arsenal. Here is the Arsenal legends team sheet that played today;

It was an interesting match because both sides did get a number of chances and it was not that pacy because the players are old but some of them are still fast and skillful like Robert Pires and Gilberto.

Arsenal fans also got to see their best goalkeeper in their history, Jens Lehman, he was in between the goal posts for Arsenal once again and he did make a great save after being in a one on one situation with a Real Madrid player. Jens Lehman also scored Arsenal’s penalty goal to give the Arsenal legends a win.

The Arsenal legends lost to the Real Madrid legends in the pre-season among few months ago but they have finally got their revenge today even though it wasn’t full of goals like the 2-1 in Spain.

Related Topics:ArsenalArsenal newsReal Madrid
Up Next