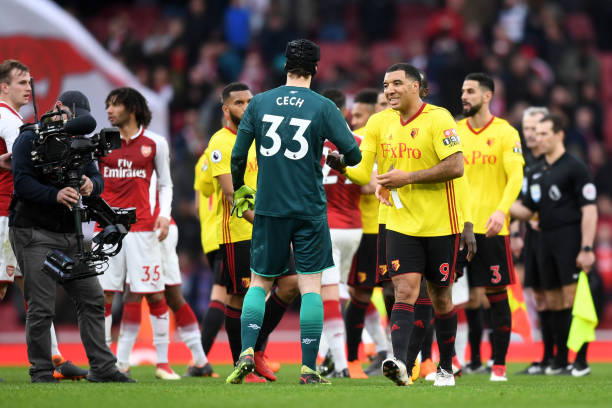 The Premier League returns tomorrow and the gunners will welcome Watford at the Emirates Stadium and it will be an important game for the two teams because the three points will either help Arsenal get higher than Watford on the table or the Hornets safe guard their top four spot.

Arsenal will come into this match while they are confident because they have won their last six matches and will be hoping to continue their winning streak as Unai Emery continues to make changes at the North London club, as for now, he has begun delivering the results which they want.

Watford have on the hand been outstanding this season and have managed to stay in the Premier League top four after six matches and will be hoping to maintain that when they face the gunners, but Arsenal will also not be an easy opponent for them because it has since improved from its first two defeats against Manchester City and Chelsea.

Things have not gone well for Watford in the last few weeks because they have managed to get only two wins in their last five matches.

Arsenal has won all its last five matches and this is a great winning streak, the fans will be hoping that they can keep it up.