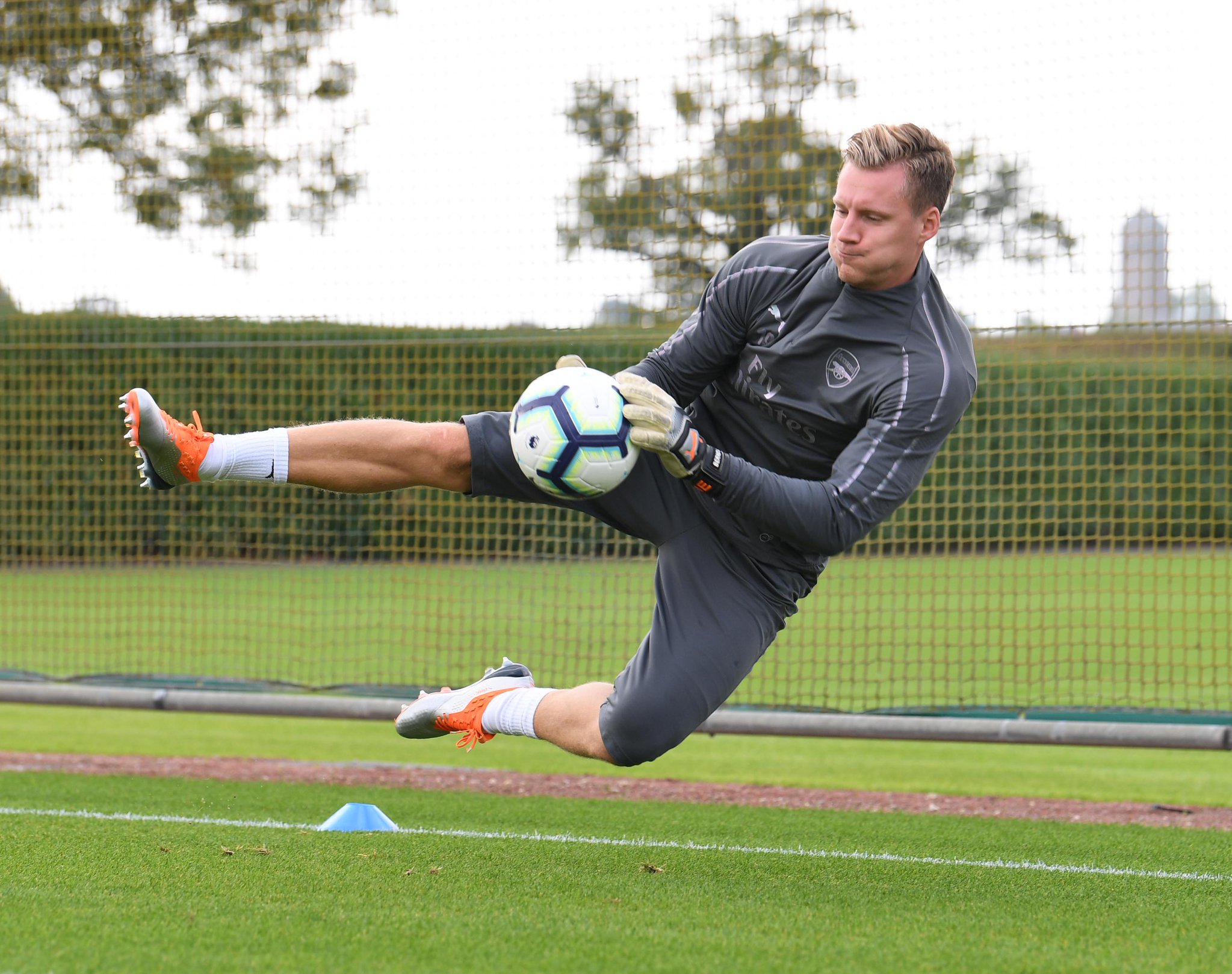 Arsenal manager Unai Emery has confirmed that Bernd Leno will be in-goal on Thursday when the gunners take on Vorskla at the Emirates Stadium today.

Arsenal signed Bernd Leno from Bayer Leverkusen last summer but the goalkeeper has been benched in their first five matches into the new season yet everyone thought that Unai Emery was going to make him his first choice goalkeeper since Petr Cech is now very old.

Arsenal will be eager to see Bernd Leno today because they will finally see if he is comfortable playing from the back unlike Petr Cech who has found it hard because he is an old-fashioned goalkeeper who prefers shooting the ball forward. Unai Emery speaking at his pre-match press conference on Wednesday, the Arsenal boss says that the German goalkeeper will finally be on goal for the first time this season as reported by Arsenal’s official website.

“Yes, Bernd Leno is going to play tomorrow. In our planning with our goalkeeper we have spoken with Javi Garcia, the goalkeeping coach. We need with Leno to give him a chance and the minutes of the game.”

Bernd Leno will be hoping to use this match to show Unai Emery that he can take over from Petr Cech in the future, Arsenal fans are also disappointed that the team has failed to keep a clean sheet this season yet it has played five matches already so they hope that Bernd Leno keeps a clean sheet tonight.