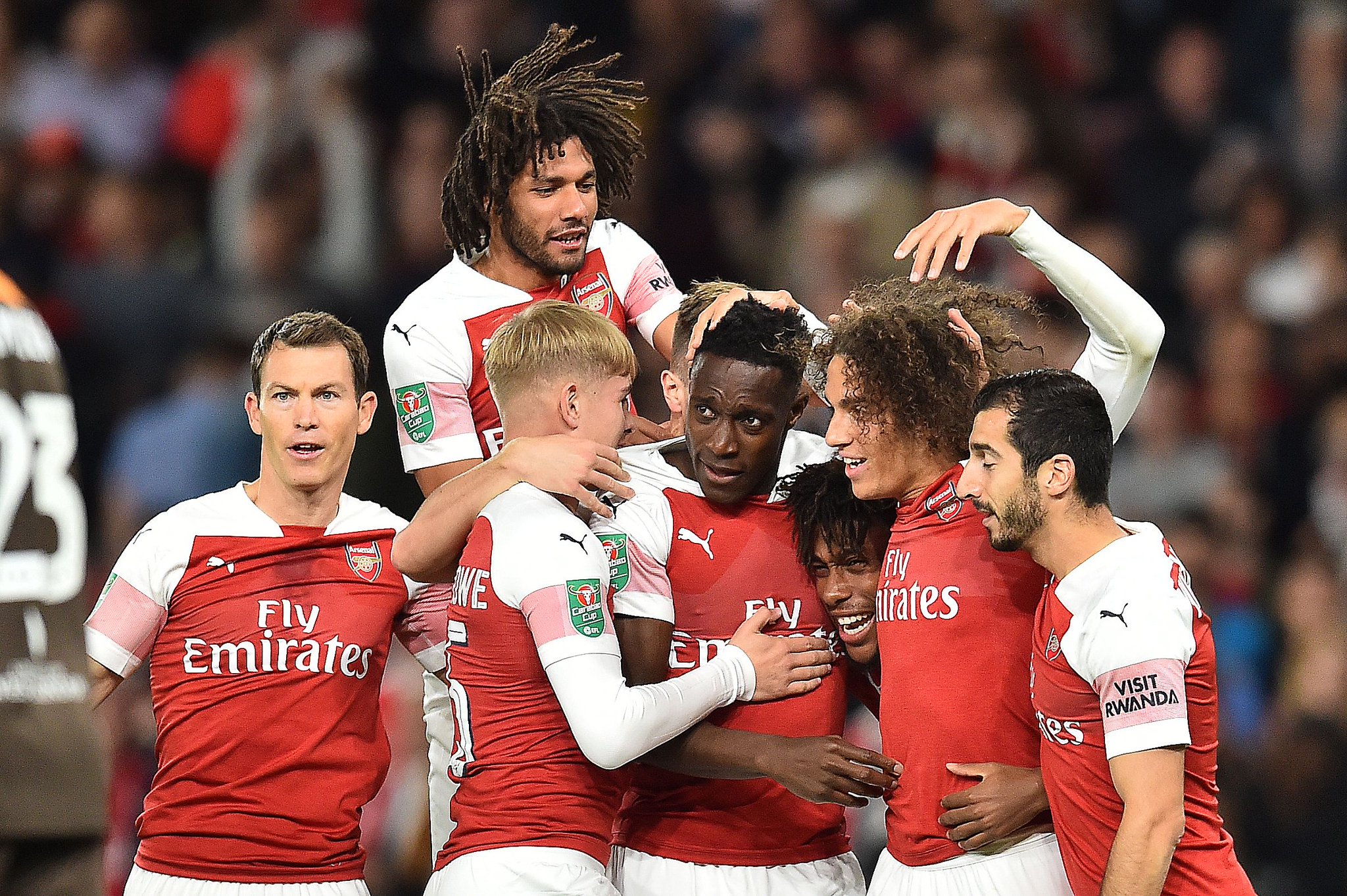 The gunners welcomed Brentford at the Emirates Stadium today and Unai Emery’s men won the match 3-1 thanks to three goals from Danny Welbeck (2) and Alexandre Lacazette.

Arsenal came into this match knowing that they were far more superior than the Championship side and they had a some decent chances in the first half and they got their first goal through Danny Welbeck who headed past the Brentford goalkeeper, Matteo Guendouzi assisted the first goal of the English international.

The gunners had most of the possession and kept putting pressure on the Brentford defence until they got their second goal of the day through Danny Welbeck again who now has scored four goals for the North Londoners in six appearances for Arsenal.

The first half ended 2-0 in favour of the gunners thanks to two outstanding goals from Danny Welbeck who proved a point to Unai Emery that he is as good as the two forwards which the manager usually uses.

The second half started off well for the visitors as they pulled one goal back after they scored through a beautiful free kick which Bernd Leno wasn’t able to stop due to the speed the ball was coming in. This seemed to have worried Unai Emery and he then brought in Alexandre Lacazette and Henrikh Mkhitaryan on different times.

As the match was about to end, Unai Emery replaced Mohamed Elneny with Aaron Ramsey to add more flair to the Arsenal attack so that they could kill off the match, and they finished off the game a few minutes later after Alexandre Lacazette fired in a shot to make sure that the gunners gain qualification to the next Carabao Cup round.

How Unai Emery Got His Seventh Win In A Row