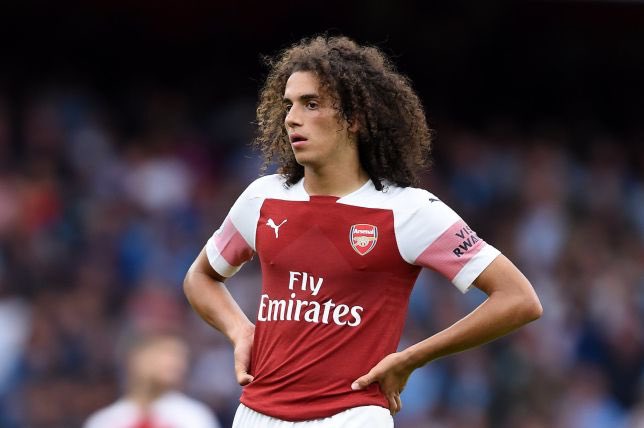 Arsenal signed Matteo Guendouzi from French club Lorient for a fee of around £8m and he was playing in Ligue 2 but his performances caught the eyes of both Unai Emery and Sven Mislitant.

The 19-year-old made his competitive debut in a 2-0 defeat to Manchester City in August and has impressed since then with eye-catching performances against big clubs like Chelsea and Manchester City despite his young age and inexperience.

So far, Matteo Guendouzi has started all four of Arsenal’s Premier League matches and made a total of 201 passes, an average of 50.25 passes per match. He has  made 11 tackles with a 73% tackle success and has made 10 interceptions, these stats are pretty good for a player of just 19 years yet he was playing in the Ligue 2.

He’s gone ahead to make 22 recoveries and has won 24/32 duels, he has only received one yellow card so far giving him a good disciplinary record. The youngster rarely gets dispossessed unlike most of his teammates.

His performances have been praised all over the media and he’s been deemed as the next big thing with comparisons to great players like Xavi. But all in all, Guendouzi still has a long way to go and a lot to learn, he must be consistent with his performances, the fans as well should be patient with him as he slowly strives to reach his potential.

From a young age, Guendouzi has been a high-octane, non-stop ball footballer always keen on winning the ball back. That is who he is and five, six years down the road, he should be the same. Arsenal seem to have got their dream midfielder after a long time, and some Arsenal fans believe that Matteo Guendouzi is the player which Jack Wilshere never became due to his injuries.

Bernd Leno Vs Petr Cech, Find Out Who Is Better