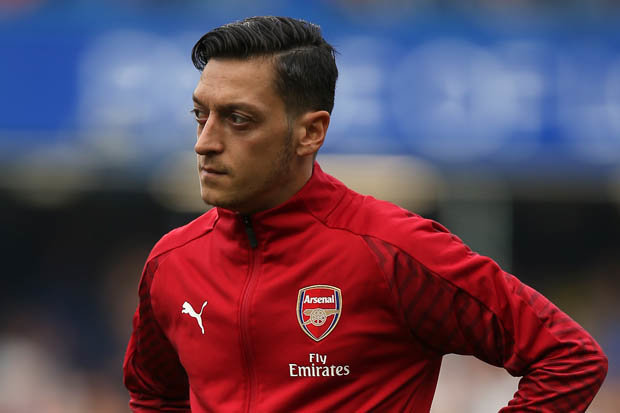 Mesut Ozil signed a new deal this summer after many months of talks between him and Arsenal, the midfielder signing a new contract came as a big relief to Arsenal fans because he is a fan favourite at the Emirates Stadium.

The new season has been tough for Mesut Ozil so far because he has failed to make any impact in Arsenal’s first four Premier League matches and has also not been able to adapt to Unai Emery’s new playing style, he isn’t good at recovering the ball when the opponent has it.

It’s now being claimed by Daily Star that the gunners might lose Mesut Ozil in a big money move to Manchester United in the January transfer window because the red devils have shown to be a weak side in its first four Premier League matches which have left them in the 10th position. It indeed might seem impossible that Mesut Ozil would leave Arsenal yet he just committed his future to the gunners a few months back but football is always full of surprises.

Mesut Ozil has always spoken about how Arsene Wenger influenced his transfer from Real Madrid to Arsenal a few years ago and confirmed that he looked forward to working with him when he had just signed a new contract but the manager however resigned from his position. The Arsenal fans will be hoping to see how Mesut Ozil will react on these transfer rumours linking him to Manchester United because he is always quick to rubbish off reports by publications.

This comes after there were reports that Mesut Ozil and Unai Emery had an argument in training before Arsenal’s match against West Ham United but the manager said that this was not true. So it will be interesting to see if Mesut Ozil would be impressive under Unai Emery this season.