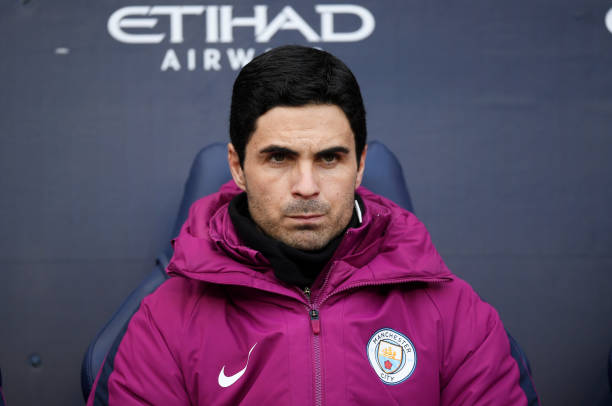 Arsene Wenger left the Emirates Stadium in May and the club immediately went into a hunt for a new boss before the pre-season matches begun, Mikel Arteta was also among the candidates to take over the job but he ended up not getting it.

There were various reports that confirmed that the Arsenal board had chosen Mikel Arteta as the new boss but all that changed in just about four days because Unai Emery was first reported to have also told the North Londoners that he would be interested in coming to England, and it was later claimed that Arsenal’s board had changed their mind and resolved to appointing someone mature hence dropping Mikel Arteta who was close to becoming the new manager of the gunners.

Mikel Arteta who is a former Arsenal star is currently the assistant coach of Manchester City and he has finally made a comment on what happened three months ago when he was linked with the managerial job of the gunners, but he insists that he is happy where he is as reported by Metro.

“I did not talk on that moment two, three months ago, I didn’t make a statement, and I don’t think today is the day to talk about it.” said Mikel Arteta.

“You all know something happened but the reality is that I am here and I am very happy.”

Arsenal fans were very happy that the club did not give the manager job to Mikel Arteta because they believe that he no longer has love for the gunners ever since he made his move to Manchester City, he even surprisingly deleted all his Twitter activity which talked about Arsenal and this angered the fans because they believe he never wanted to be associated with them again.

It is un clear what really happened but it seems Mikel Arteta had already finished negotiations with Arsenal on taking the manager job but the board however changed its mind at the very last moment.