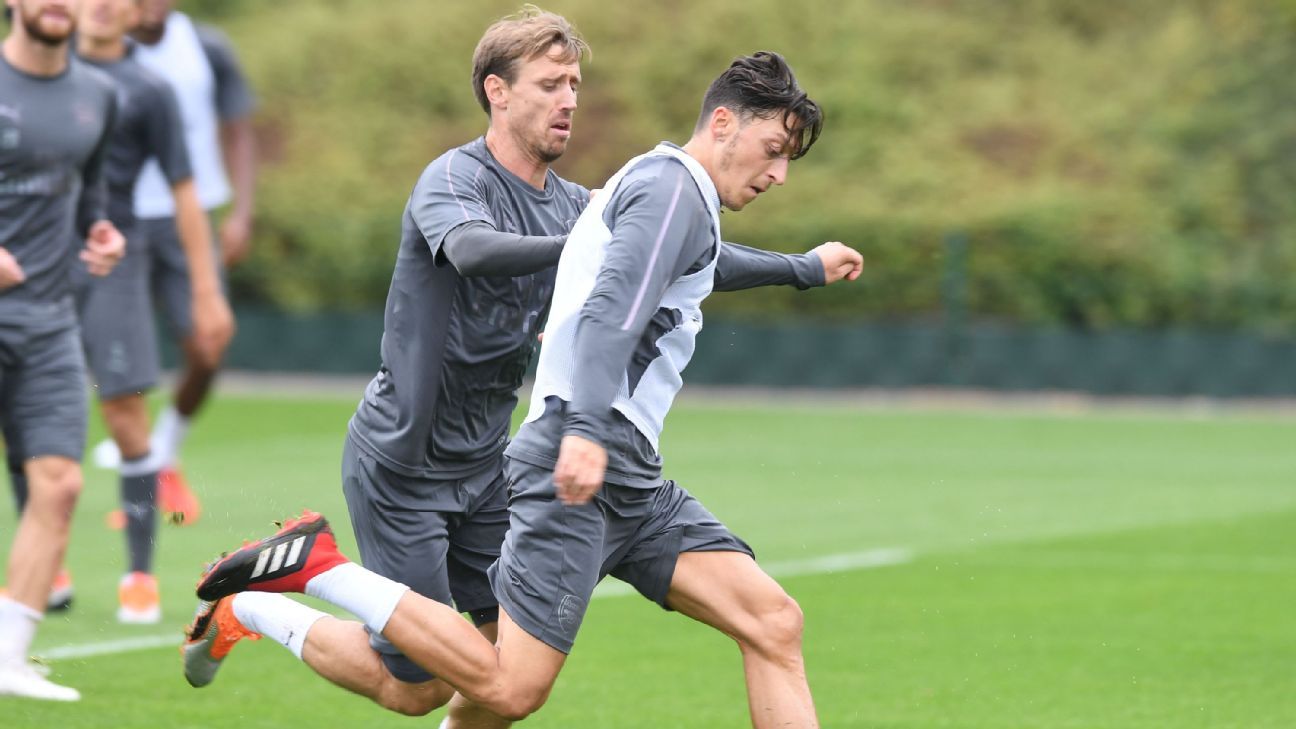 Arsenal signed Mesut Ozil in the 2013 summer transfer window and it’s a deal which came as a surprise to many because the gunners didn’t expect Arsene Wenger at that time to spend £42.5 million on a single player.

The German international has impressed for the gunners ever since he arrived and they might have not have won the Premier League but the attacking midfielder has done his part, he even came close to breaking Thierry Henry’s assist record in the Premier League.

Arsenal fans panicked last season about the possibility of losing Mesut Ozil who by then had hesitated on signing a new deal to extend his stay at the Emirates Stadium but he finally did sign a new contract, but as things looked going on well for him, Arsene Wenger who he saw as a teacher resigned from his position as the manager of the gunners.

Now recently, Mesut Ozil was selected into the Germany squad that travelled to Russia for the 2018 FIFA World Cup but his country was humiliated and it then used him as a scape goat with some Germany Football Federation officials saying that the picture he took with Turkish president destructed the team, Ozil then decided to quit the Germany national team this year.

A few days ago before Arsenal’s match against West Ham United, Mesut Ozil told the Arsenal boss that he was sick and wouldn’t be available for that game but some reports said  that he intentionally missed that match because he had an argument with Unai Emery in training over changing his position. Nacho Monreal who is Mesut Ozil’s teammate has said that people look at the wrong picture of the German because they don’t know him, he explains this as reported by the Metro.

“People must understand that every player is completely different.”

“He is quiet and 10 years ago he was the same. So you can’t expect on the pitch that he starts to fight, to talk with the referee because he never did it. He is not going to change in this case.” said Nacho Monreal.

“The important thing is he plays at his highest level, gives a lot of assists, scores a lot of goals and basically helps the team. That’s what he knows. He doesn’t know how to go up to a player and grab him by the throat.”

Matteo Guendouzi Voted As Arsenal Player Of The Month