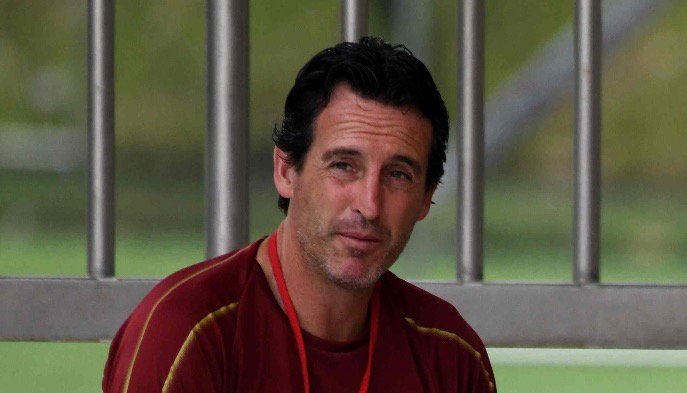 Arsenal appointed Unai Emery as the new coach of Arsenal after the departure of Arsene Wenger who had spent two decades at the North London club and everyone is expecting big changes at the club since a new person is running the club.

The Premier League begun four weeks ago and the gunners have only managed to get two wins in four matches, the two losses against Manchester City and Chelsea have worried some Arsenal fans because they believe that Unai Emery should have made sure that they got three points from these teams to show the improvement he has brought to the Emirates Stadium.

“I looked at Arsenal at being sixth in the league this season if I’m being honest.” said Paul Merson.

“It is like watching a testimonial or a charity match. The game is open, no one is really tackling anybody, it’s like you have a shot, we have a shot.”

“I have watched Arsenal and if you didn’t know, you would still think Wenger was manager.”

Even though, Arsenal’s legend Paul Merson says that nothing has changed at the Emirates Stadium since the arrival of Unai Emery but the fans have been positive and patient with the new manager because he didn’t receive much criticism from the supporters after the gunners lost their first two matches against Manchester City and Chelsea, but have instead praised him on social media for the changes he is bringing at the club.

Unlike Paul Merson, other Arsenal legends like Ian Wright have said that they have confidence in Unai Emery’s philosophy which he wants to introduce at the Emirates Stadium this season but they have also insisted that it will take time.