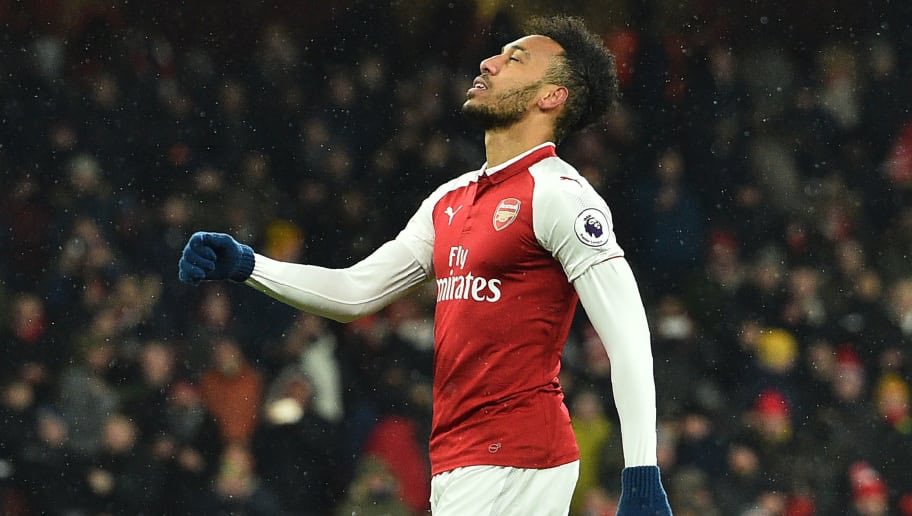 Arsenal striker Pierre-Emerick Aubameyang was in the starting eleven that faced Newcastle United on Saturday but he was substituted by Unai Emery in the 69th minute, Henrikh Mkhitaryan came in his place but some believe that the Gabon international wasn’t happy about being brought out from the game.

Aubameyang was Arsenal’s first choice striker in their first three matches but Alexandre Lacazette has managed to get into the starting eleven and has made Unai Emery try playing the African Star on the wing, the Frenchman has outperformed Aubameyang in the last two matches against Cardiff City and Newcastle United.

Alexandre Lacazette had a fantastic match against Newcastle United despite not getting on the score sheet so Unai Emery opted to substituting Aubameyang since the player had missed a number of chances, the Arsenal boss was asked about what he has to say about Aubameyang getting angry as he left the pitch to pave way for Henrikh Mkhitaryan.

“It’s normal. I want the players when I change the team or when I decide them not to start them in the first XI to be angry and have ambition to play and help the team and stay on the pitch. For me it’s a normal situation.” the Arsenal boss told Arsenal.com.

It is surprising for a manager to say that he wants the players to be annoyed at being substituted but he believes that this is also another strategy to make them play at maximum level of excellence so that they can be perfect when they get the chance to be in the pitch.

It seems Alexandre Lacazette has become Unai Emery’s first choice striker now due to the wonderful performances he had during Arsenal’s matches against West Ham United, Cardiff City and Newcastle United so Aubameyang will now have to up his game to get back his position as Arsenal’s main forward.