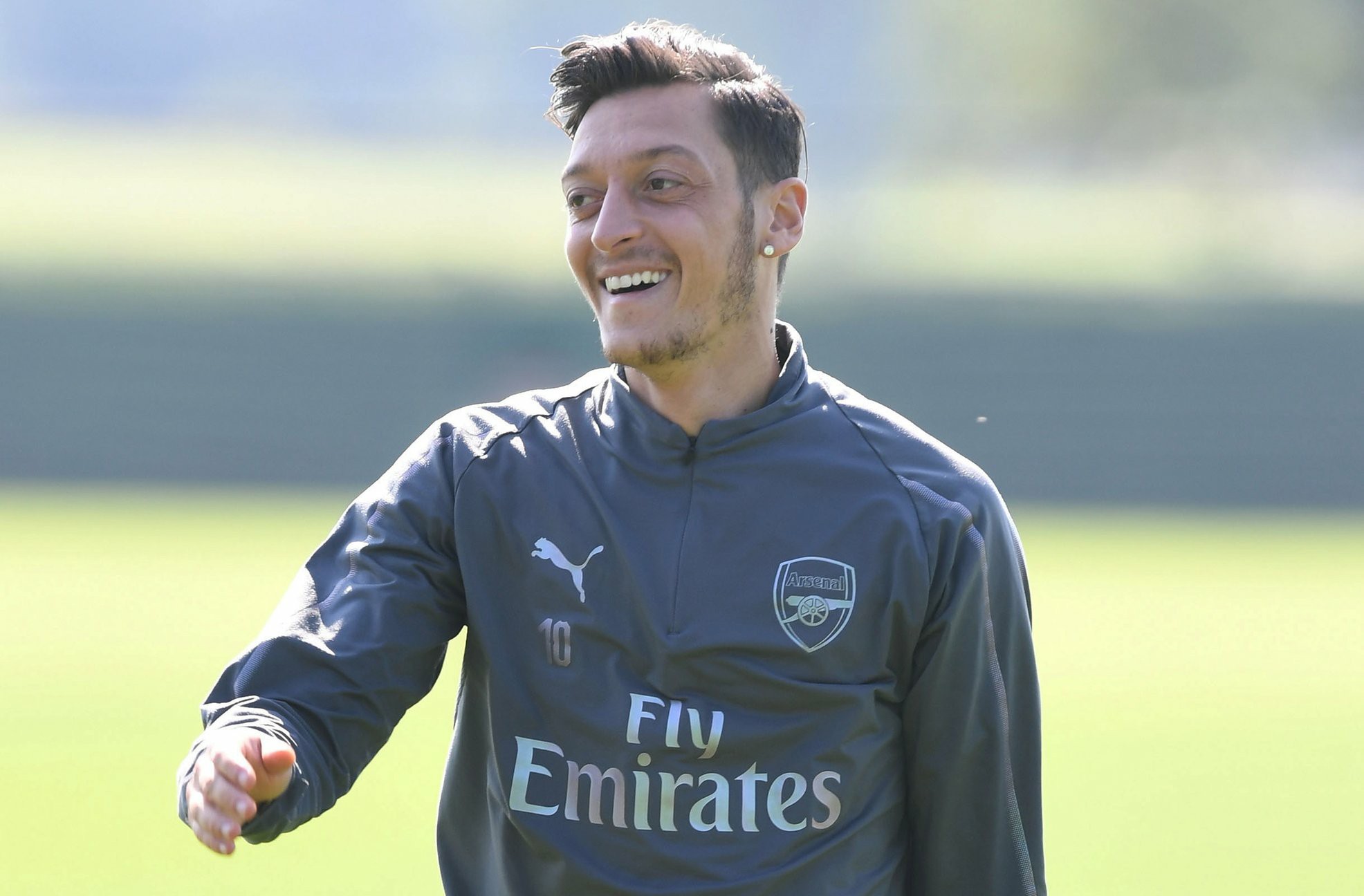 Arsenal got its second win of the season on Sunday after it defeated Cardiff City and Mesut Ozil was also among the top performing players on the pitch for the gunners as they got the much wanted away win.

Before the match day, there were various reports that Mesut Ozil was to be benched against Cardiff City because he reportedly had a bust up with Arsenal’s boss Unai Emery in training, a week before their visit to Cardfiff but all that was cleared up after the lineup of Unai Emery to face Cardiff City included the German international in it.

Arsenal scored three past Cardiff City on Sunday and Unai Emery was asked on what he thought of Mesut Ozil’s performance in that match, and he confirmed that the German international feels better on the pitch.

“I think today in the second half he played a good match because he worked every minute that he was on the pitch.” Unai Emery told Arsenal.com.

“And maybe with the control and possession in the second half and the positions on the pitch, he feels better on the pitch.”

Most of the Arsenal players have gone back to their countries for the international games but Mesut Ozil will however be staying home in these two weeks of the international break because he quit the Germany national team this year due to racism claims.

Some football pundits believe that Mesut Ozil won’t succeed at Arsenal because of Unai Emery’s playing style but the gunners boss insists that every player will soon adapt to the new philosophy he wants at the North London club.

Unai Emery Hasn’t Changed Anything According To Arsenal Legend