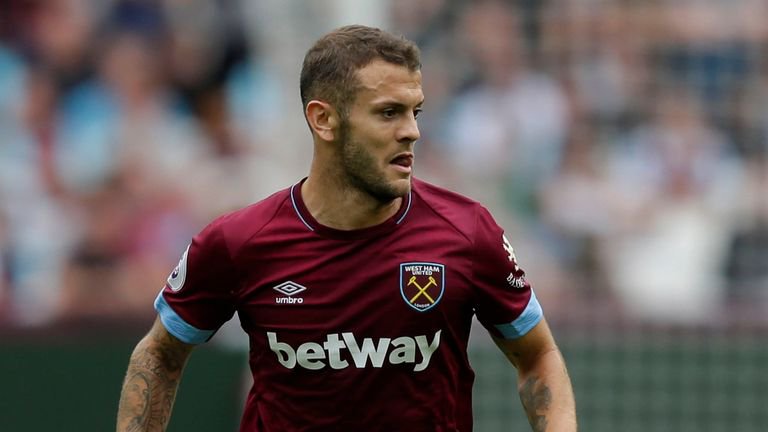 Jack Wilshere left Arsenal this summer after spending about 10 years at the Emirates Stadium, the English international made a free transfer to West Ham United since his deal at Arsenal had expired.

Jack Wilshere looked set to sign a new deal to extend his stay at the Emirates Stadium but out of a sudden, Arsene Wenger announced his departure from Arsenal and the Englishman approached Unai Emery who was their new boss to ask him if he would be a regular starter for the gunners this season.

Unai Emery was honest with him and told him that he wants him to stay but doesn’t guarantee him enough playing time and this made Jack Wilshere quit the gunners because he felt that he needed to shape his career now, so he joined West Ham United and his indeed playing every week.

Unai Emery telling Jack Wilshere that he can’t guarantee him enough playing time didn’t make the Arsenal supporters happy because the midfielder was a fan favourite at the club despite facing constant injuries. Unai Emery however stayed firm and insisted that he did want Wilshere to stay but wasn’t sure whether he would be in his starting eleven.

It’s now been months since Jack Wilshere joined West Ham United but it’s clear now to most Arsenal supporters that Jack Wilshere had nothing more to offer for the gunners because he him and his new club have heard a terrible start to the 2018/19 season.

Jack Wilshere hasn’t scored nor assisted for West Ham United this season and overall performances on the pitch have been different from how he would do at Arsenal, the hammers are currently last on the Premier League table and this must be embarrassing to Manuel Pellegrini’s men.

The gunners have already played West Ham United this season and they won the match 3-1, Jack Wilshere had vowed before the match that he would work hard to show Arsenal that it shouldn’t have got rid of him but he failed and his team lost. Arsenal fans took to Twitter to say that they were wrong to criticize Unai Emery for letting Jack Wilshere to leave.

How Sokratis Papastathopoulos Has Performed For Arsenal So Far