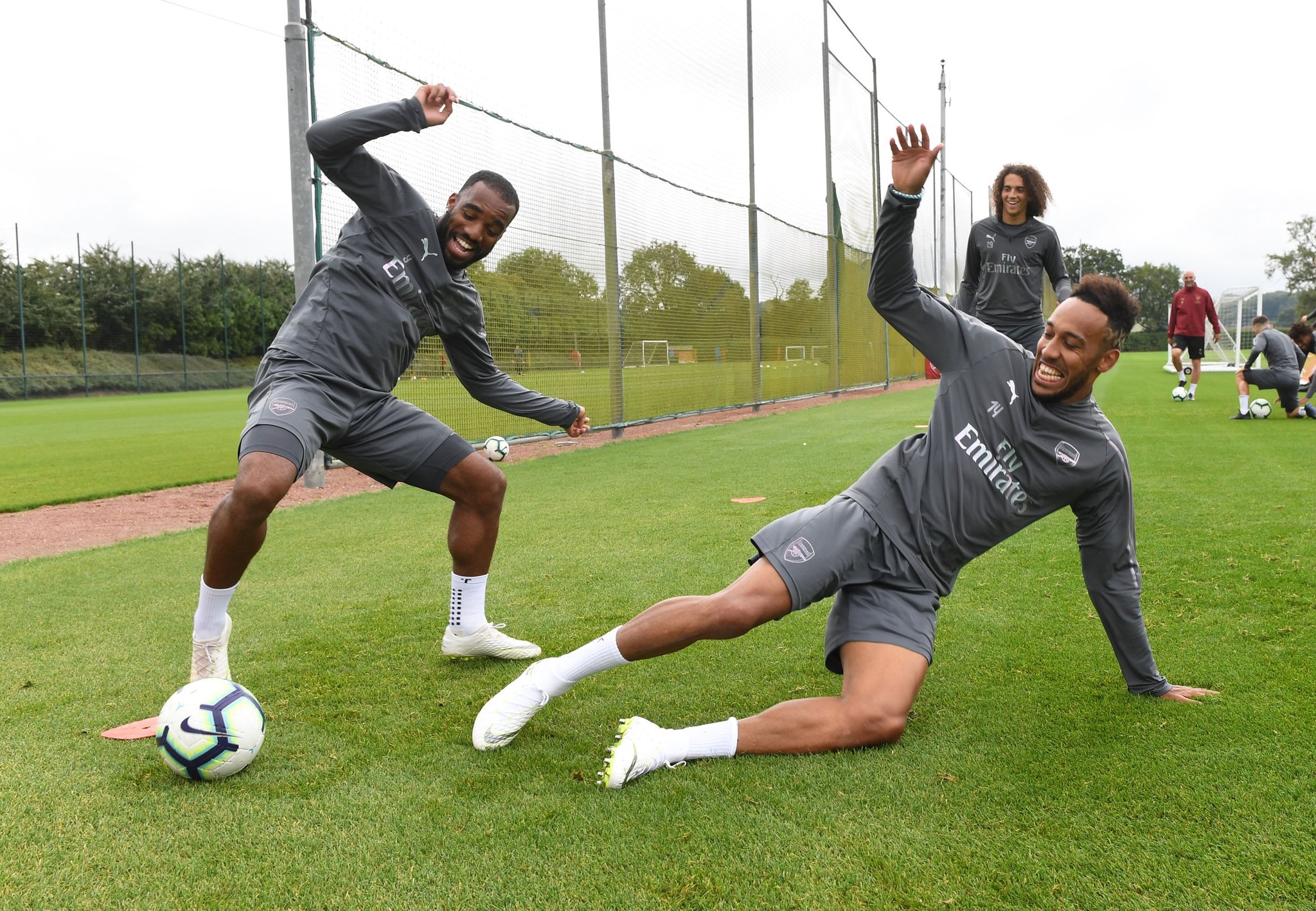 Arsenal has started training ahead of their match against Watford which takes place this Saturday and it seems Unai Emery is also physically taking part in the training sessions with his squad.

Arsenal were in action on Wednesday night as they faced Brentford at the Emirates Stadium and they successfully won the match 3-1 thanks to a splendid performance from the team, and will now wait for the Carabao Cup fourth round draw to know their next opponent.

One of the Arsenal fans commented saying; “I really enjoy watching these training footage nowadays.” and one replied him “Because Unai Emery is here” so it seems the fans are happy that the manager can try to connect with his players in training.

In the video, the Arsenal players are on a shooting challenge and they have to first make a string of passess before shooting the ball into the back of the net. Arsenal’s left back Sead Kolasinac has also returned to full training and you can see him too in the video clip.

Arsenal boss Unai Emery has made many changes at their training grounds like banning the drinking of fruit juice and the use of mobile phones on lunch breaks so that they can use this time to interact with each other. Unai Emery will be hoping for a great performance against Watford tomorrow so that they could make it seven wins in a row.