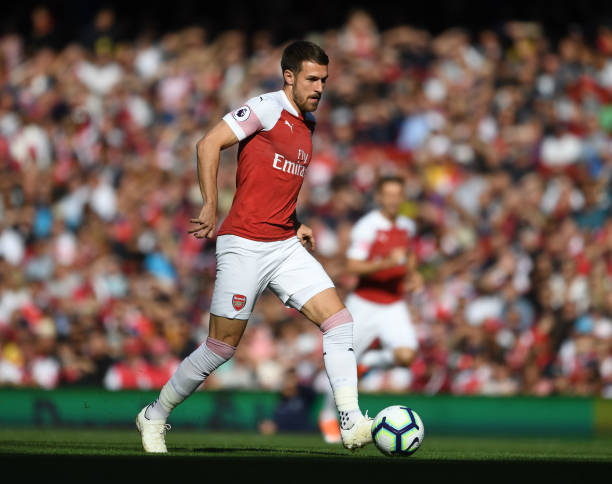 Arsenal midfielder Aaron Ramsey is in the final year of his contract with the gunners but it is said that the club withdrew the new long-term deal they wanted to offer him.

The Arsenal fans have been worried that they will lose Aaron Ramsey because of those reports and the Welshman’s agents Avid Sports & Entertainment Group have finally confirmed that those reports are true via Twitter even though they have later deleted those tweets. It is believed that Arsenal was ready to give Aaron Ramsey a new deal but it later cancelled that arrangement because the midfielder plus his agents were too demanding.

Avid Sports & Entertainment Group tweeted about the completion of securing a deal which sees their client, Aaron Ramsey become an ambassador of an airline company but that tweet received great engagement with some Arsenal fans asking them about Ramsey’s future, and they also replied as you can see below.

So one of the most important lines in the above replies were;

“There is nothing we can do Charlie, the club made a decision. Life goes on.” Avid Sports & Entertainment Group wrote.

And also another was;

“He didn’t want to leave, but now there is no other option.” wrote by Aaron Ramsey’s agent.

Many European clubs will now be waiting for the January transfer window to open so that they could make a move for Aaron Ramsey since Arsenal will be hoping to use the funds got from him to get a replacement in the same transfer window. Liverpool are the leading candidates to sign the former Cardiff City midfielder because it is reported that their boss Klopp is a big fan of Ramsey and that he tried signing him in the summer.

Aaron Ramsey hasn’t made any public comment on his future and Unai Emery will continue using him until he leaves in January or next year.

Arsene Wenger to return to coaching soon according to reports