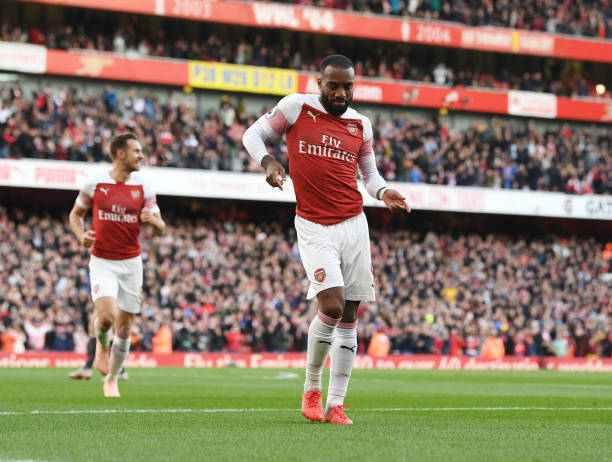 Alexandre Lacazette has been voted as the Arsenal player of the month for September and his goal against Everton was also voted as their best goal scored in the same month.

Alexandre Lacazette had a great performance in September because he this time played in most matches unlike in August where he was forced to only make appearances from the bench but he worked hard and fully earned his spot in the starting eleven. The club announced the news on its official website.

STATEMENT FROM THE CLUB ON BEST PLAYER OF THE MONTH

“Lacazette received 59 per cent of the votes cast with Lucas Torreira and Petr Cech finishing in second and third place respectively.”

Arsenal fans will be hoping to see more great performances from him in October because they do have some tough matches like their encounter with Liverpool at the end of the month. It is a pity that he will stay in London in the international break because he didn’t get a call up from France.

Alexandre Lacazette has already scored a goal of the month contender for October on Sunday when the gunners faced Fulham on Sunday so he will probably be among the contenders again when the voting for this month’s awards begin.

Arsenal has announced the news on most of its official social media accounts but he however hasn’t posted on any of his accounts to show appreciation to his fans who voted for him, he will probably do it later in the day or tomorrow morning.