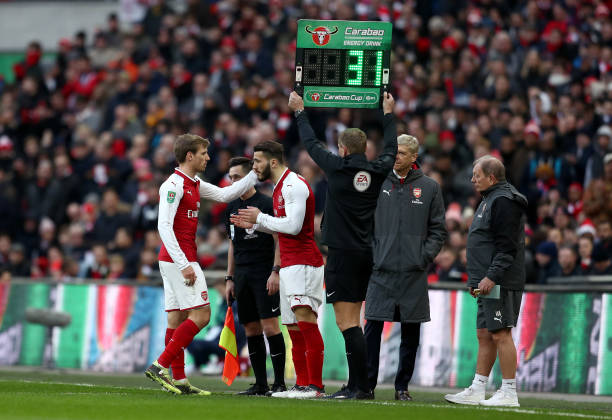 Arsenal travelled to Portugal without a left back because both Sead Kolasinac and Nacho Monreal weren’t available because they were still on the sidelines. Arsenal boss Unai Emery decided to make a gamble and use Granit Xhaka as a left back against Sporting Lisbon, and it worked out well because the gunners didn’t concede.

Both Sead Kolasinac and Nacho Monreal have minor hamstring injuries and Arsenal has today given an update on their status via their official website, Arsenal.com. A statement from the club says that the two left backs will be assessed before their match against Crystal Palace on Sunday.

Arsenal will play Crystal Palace at the Selhurst Park stadium and Unai Emery won’t be comfortable with playing Granit Xhaka in the left back position again because this will mean that the boss would also need to fill the position of the Swiss international with a new player.

Arsenal also gave an update on Petr Cech and they say that the goalkeeper is back in full training after his hamstring injury which he sustained in their match against Watford a few weeks ago. The club also confirmed that Laurent Koscielny will also make his return to full training soon while Dinos Mavropanos is still out until November.

Unai Emery Confirms The Injury Of His Star Player