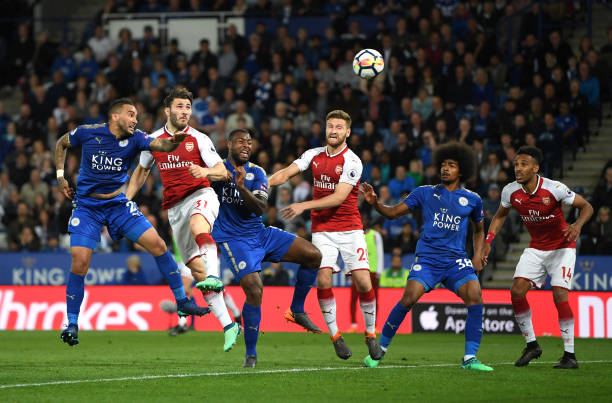 It is going to be a tough fixture for Arsenal Football Club as they receive the 2016 Premier league Champions Leicester City at the Emirates Stadium.

Leicester may not be playing to their former strengths after partying ways with the Claudio Ranieri and losing star attacking midfielder Riyad Mahrez but they do pose a reasonable threat through James Maddison and the ever green Jamie Vardy. Maddison has scored 3 goals from midfield so far and Vardy has scored 6 goals in 6 appearances against the North London Club.

Arsenal will be hoping to get their tenth win in a row when they face off against Leicester City and the supporters will be confident since their top two strikers, Aubameyang and Lacazette are on form.

The statistics show that Arsenal have never lost a home game against Leicester, actually the Gunners have won more PL matches and points in the month of October than any other side. Their win rate of 63 per cent in October is better than in any other month. Arsenal are fourth while Leicester are in the 10th Position.

Unai Emery is expected to be without Soktratis, Koscielny, Jenkinson, Cech and Maitland-Niles who are all not fully fit enough to play. The other doubtfuls are Danny Welbeck (injury in training) and the players that were on international duties especially Torreira who had to travel as far as Japan with Uruguay. The available Arsenal squad has trained this week and they are expected to have their full squad on Sunday so that they could make the final preparations.

Leicester City will be without Damarai Gray and Matty James who are both injured, though Gray may make a come back soon. Despite having a lot of its players called up for the international games, many didn’t feature much for their countries. So they will probably come with a strong squad.

This game promises goals as both teams will be looking to exploit the other and no one will be fine with a point.