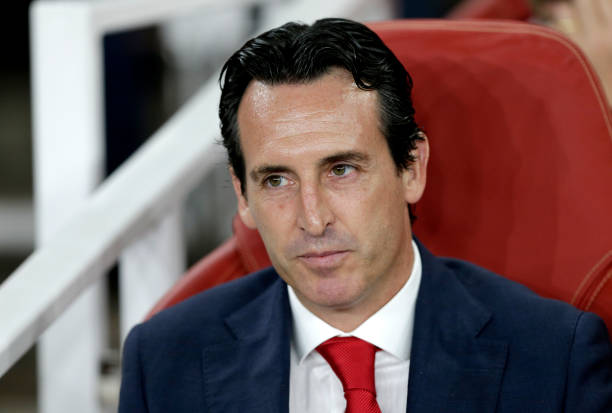 So I guess I’ll have to delve in to analyse Unai Emery or should I say Sven Mislitant’s summer signings for the current campaign. Arsenal made 5 major signings to shore up or to ease the burden or seemingly to right the wrongs prevalent in the Arsenal team prior to this season’s Premier League campaign.

So far, the North London side has lost just 2 matches and won 6 matches. They sit currently in the fourth position on the log. Is this great form due to the performances of the new signings?Although it’s too early to judge from 8 matches but there’s no harm in assessing their performance. This analysis is simply based on figures and overview stats according to Premierleague.com and Whoscored.com.

The Greek international was brought in from German club,Borussia Dortmund for £18 million to help sort a somewhat leaky defence from last season. But has Sokratis helped in this regard? As he pulled a stat of 6 appearances in the Premier League with 4 wins and 2 losses.His effort in defence has been gifted with 9 goals conceded, made 6 tackles with tackle accuracy of 67%, made 3 interceptions, 27 clearances, 9 headed clearance, made 21 recoveries, won 22 duels and lost 22.He has made 295 passes with an average of 49.17% per match.28 accurate long balls.He has committed 7 fouls and got 3 yellow cards for his efforts.

NEWCASTLE UPON TYNE, ENGLAND – SEPTEMBER 15: Lucas Torreira of Arsenal during the Premier League match between Newcastle United and Arsenal FC at St. James Park on September 15, 2018 in Newcastle upon Tyne, United Kingdom. (Photo by David Price/Arsenal FC via Getty Images)

The Uruguayan was quite a signing for the Gunners at £26 million from Italian side, Sampdoria.Though a diminutive figure, he has helped to bring some stability in the Arsenal midfield with his calmness on the ball and some subtle steel.For stats in the league, he is polled with 88% for passes completed, 50% tackle success, 13 interceptions,made 36 recoveries, 5 clearances, 1headed clearance, won 33 duels and lost 19 of those, won 2 50/50’s and won 3 aerial battles and lost same. He has made 1 assist, has 2 yellow cards for 8 fouls in 8 appearances with 6 wins.

Little was known about this French prodigy before arriving from French side,Lorient during the summer as he has turned out to be a gem in the making. He has played a total of 702 minutes in the league,averaging a shot of 0.06 with 33% in total ,1 yellow card,12 interceptions,made 261 passes,passes per match 43.56%, made 15 tackles with 60% tackle success,made 24 recoveries,2 clearances and 1 headed clearance, won 3 aerial battles and lost none.

LONDON, ENGLAND – SEPTEMBER 26: Stephan Lichtsteiner of Arsenal takes on Kamohelo Mokotjo of Brentford during the Carabao Cup Third Round match between Arsenal and Brentford at Emirates Stadium on September 26, 2018 in London, England. (Photo by David Price/Arsenal FC via Getty Images)

The Swiss international arrived at Arsenal from Italian side Juventus, he was a free agent.He was brought in to offer much-needed experience and steel to Hector Bellerin’s game.How much as he contributed so far?He has 1 premier league appearance so far with 27 passes made, 25% accuracy and 1 accurate long ball, committed 2 fouls with no card received.

Author’s Take: Due to the lack of Premiership appearance, there will be no rating for this player.

The German shot stopper was brought in to unsurp Petr Cech’s goalkeeping position but he has found that very tough.If not for Cech’s hamstring injury, he would still be on the bench for Premier League matches as Unai Emery prefers Cech’s experience.How has he fared in the league so far? He has appeared twice in the league and conceded once.He made 6 saves , made 2 punches, 1 high claim, 1 sweeper clearance, 1 throw outs,13 goal kicks, 25.5 passes per match and made 51 passes.

Author’s Take: He has proved to be a decent deputy to Cech.He has saved Arsenal’s blushes on few occasions he has being in-goal in the league, Good.

From the above stats and overviews of the summer signings, we could understand that baring defensive ineptitude from trying to understand and execute the manager’s football ideas, the players have not performed badly.They need to have that cohesion to adapt to Emery’s philosophy.Without which is a futile effort. So to compete on all fronts, the players need to keep up the momentum.

So there you have it. I am hoping the players have an injury free international break.Until then, Stay blessed.

Should Unai Emery Give Emiliano Martinez A Chance In Europa League