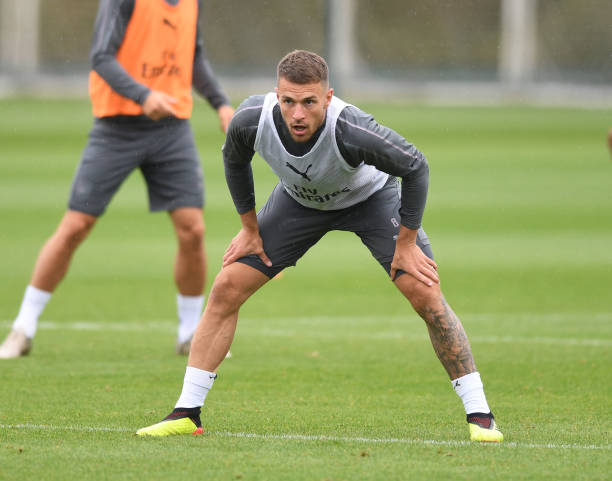 Arsenal midfielder Aaron Ramsey is likely to leave the gunners at the end of this season after talks between his agent and the North London club broke down for un confirmed reasons.

Aaron Ramsey said that he wants to focus on playing football because he respects the decision which Arsenal Football Club made about his future, he claimed that he won’t also leave the Emirates Stadium as most reports suggest because his intention is to finish his contract.

Former Arsenal Chief Executive Ivan Gazidis was the one that represented Arsenal in negotiations with Aaron Ramsey and his agents over a new deal but the departure of the Greek / South African put everything on hold because he was one of the main people at the club. Ivan Gazidis went to AC Milan.

It is reported by the Mirror that AC Milan will be hoping to use Ivan Gazidis in negotiations to sign Aaron Ramsey since he is well experienced in talks, the Greek / South African will be officially welcomed at the Italian club in December and it will be just a few weeks before the January transfer window opens.

Aaron Ramsey’s signature is wanted by many clubs like Manchester United, Juventus and Chelsea but the report says that Ivan Gazidis will be AC Milan’s secret weapon in signing the Wales international in January or the summer when he is a free agent.